Board Games For Stoners

10. Architects of the West Kingdom 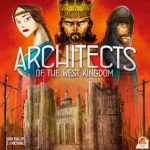 Many games are comfortable rehashing the same mechanics, yet Architects of the West Kingdom takes things in a new direction. In this game, players start with a pile of workers to use, with the action spaces improving the more often a worker is placed on the location. However, your opponents can also stop you from building up too big of a bonus by rounding up and capturing your opponent’s workers, selling them back for a ransom.

9. The Quacks of Quedlinburg

The Quacks of Quedlinburgwas brought to the US by Northstar Games. In this push your luck bag building game, players are trying to earn points by creating potions each round. The rules are easy to learn, but there is a lot of potential for combos through the bag building mechanic. While the game can be a little swingy at times, its variety and easy of play get it to the table often. 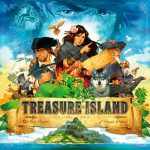 Treasure Island piqued my interest with the great Vincent Dutrait artwork and its piratey theme. After giving the game a go, I was immediately hooked. One player takes on the role of Long John Silver who has hidden his treasure somewhere on the island. The other players are each pirates seeking to find that treasure first. Players will be drawing directly on the game board, getting clues from Long John Silver and even misleading other pirates as to which clues are true or not 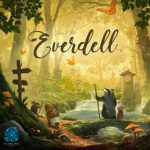 Everdell only gives players a handful of workers to use, yet buildings and citizens played into your city can launch combos that helps to make the game ramp up over its four rounds. I liked how simple the mechanics were, yet the amount of cards and events you can play gives the game a ton of replay value. Everdell is a great offering for fans of the genre. 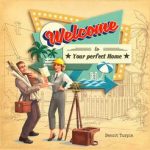 Welcome to… has taken the “roll and write” genre by storm this year. While it’s actually a choose and write, because there is no dice, the game play still fits with the standard roll and write genre. Each round, three cards are flipped over and players have to choose one set to write into their city. Each card will give you a number to write, and also an action you can take. It’s the variety in these actions that help make Welcome To… such a great game with a surprising amount of depth. 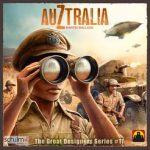 Set in the world of A Study in Emerald, players at tasked with building a rail network and collecting resources in the Australian outback. However, they must also fight off a variety of the Mythos Monsters who want to blight their farms and kill their soldiers. With a few modes of play and two different maps, Auztralia has the potential to keep the game fresh for many plays.

Seal Team Flix blends just the right amount of rules overhead to keep the game interesting, while at the same time, making things really fun by not taking itself too seriously. In Seal Team Flix, you play a group of SEALs trying to stop terrorist plots. Combat is handled by flicking wooden discs around the board, and an AI controls the actions of the terrorists. While the game did have a few component issues, the gameplay itself is very entertaining. 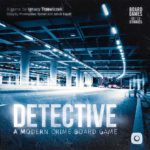 Detective is a crime deduction game that puts you in the shoes of a modern day police detective. It’s unique in that Portal Games has built an integrated, online website that acts as your police database. You’ll be using that to log evidence, look up suspects, and even research things on the web. While the writing is a tad verbose at times, the gameplay is more than enough to keep you coming back for more.

Root was an easy choice for me here. The more I played this game, the more I loved it. Publisher Leder Games seems to learned a lot from their ambitious first offering, Vast, as this time around Root is much easier to learn and to get to the table. Each player controls one of four unique woodland races trying to dominate clearings and earn victory points. Even though each faction will approach the game differently, the overall core mechanics of the game are similar enough that players should easily be able to pick up on basics of the game play. Root is a game that you will want to play over and over, not just to try out each of the factions, but to try and master each one with the best strategies.