What Are The Differences From Vape and Smoke? 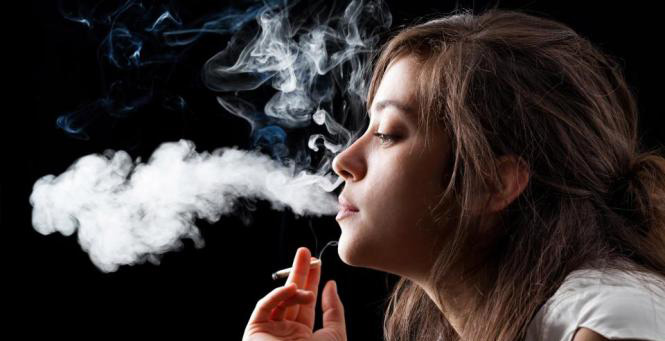 Smoke is a collection of itty bitty solids, liquids and gas particles. Although smoke can contain hundreds of different chemicals and fumes, visible smoke is mostly carbon (soot), tar, oils, and ash.
Smoke is produced when there is incomplete combustion (not enough oxygen to burn the fuel completely). Very high temperatures and a high supply of oxygen is the only way to burn something completely. And if burned completely there is nothing for you to inhale. Incomplete combustion, everything is burned, producing just water and carbon dioxide. When incomplete combustion occurs, not everything is burned. Smoke is a collection of these tiny unburned particles. Each particle is too small to see with your eyes, but when they come together, you see them as smoke.
Research has also been found to show that combustion can actually destroy 60% of the active ingredients in your cherished herbs. I feel if you remove combustion you can get some of that 60% back, making for a more efficient way to consume your herbs when you vaporize.
Do you want to put this in your body?

What is vape or vapor? 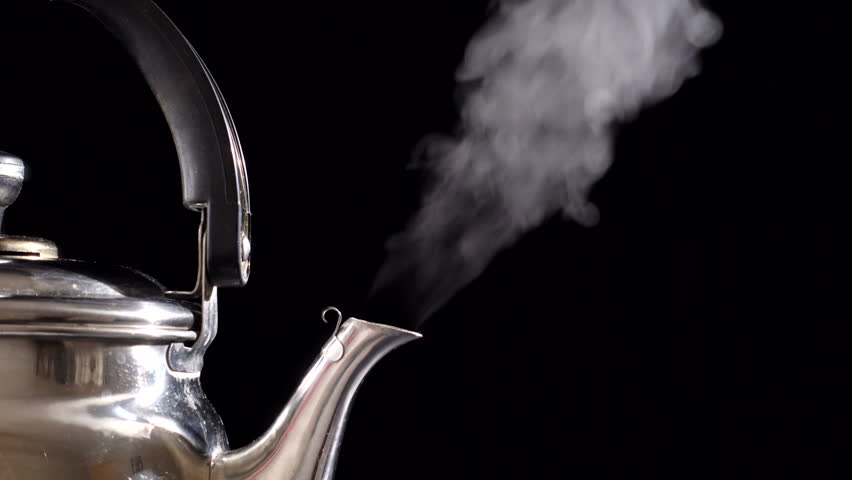 When a substance becomes gaseous, at a temperature that is lower than its point of combustion, it is considered vapor. The chemicals that are in vapor are the same as those found in the vaporized substance.
Vaporizing something is what happens when you heat water on a stove. When water begins to boil, it creates water vapor. While the vapor is in a different state, it still has the same chemical makeup as the liquid water and is made of water. Each compound has a boiling point at which it will turn from a liquid to a solid making vapor.
The biggest takeaway is the fact that vaporizing does not create any new compounds. Vaporization maintains the same compounds as the substance that created it while also leaving behind many other compounds that would only be released at higher temperatures or through burning.
I feel this is more what I want to put in my body over smoke.

How Long Does Vapor Last? 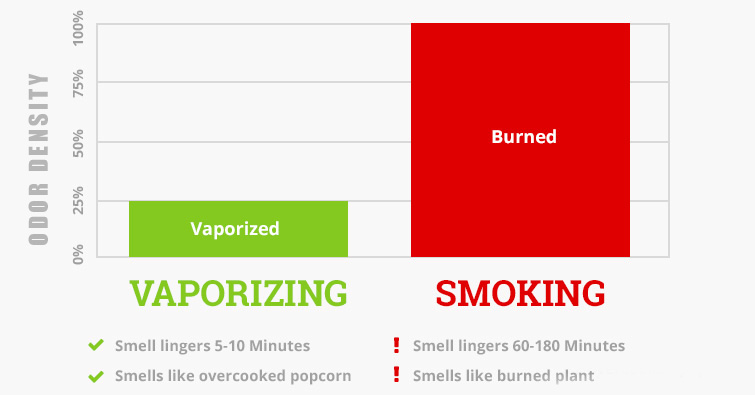 I do not fully have an answer for this, but what I can say is that from my experience it lasts less time in the air than smoke does. From the research, I have done and from what I have seen if you vape your herbs the vapor will not last long in a room. The vapor will be lighter than smoke and will begin to dissipate fairly soon. An environment like humidity and what you are vaping and at what temperatures you are vaping will all have an effect on how big the clouds are and how soon they fade away. I have heard from some vaporizer manufacturers that one can leave vaped cannabis in a bag for hours and it does not go bad. While I can agree with this, I also have to disagree. I would not want a stale old hit if I can avoid it, so why would anyone do that when you have options. Next, I look at what vapor is. It is the compounds in the herb that went from a solid to a liquid and then turned to vapor. Once that is a vapor it only stays as a vapor until that compound cools to below its boiling point. When this happens again the compounds cool and go from a vapor to a liquid and back to a solid. This happens almost instantly, much like when you see steam. You can not see the water vapor, but what you see as steam is the water molecule actually already condensed back down to the water, just tiny partials of water that are light enough to float. One thing I know for sure is that when you vape over combustion your room will smell like the sack rather than a burnt rat.

Vapor from a dry herb vaporizer will typically carry the same smell as the flavor of the herb you have in your bag. However, cannabis vapor won’t leave a smell behind after it evaporates and dissipates. This is because the particles that make up the vapor do not latch onto objects in the same way as other substances like smoke. This means you can vape inside without worrying about a lingering smell on your clothes, furniture or especially your breath.

One huge difference between smoke and vapor is the presence of tar and carbon monoxide found in smoke. Tar is a resin-like substance that is produced after combustion occurs at a lower temperature needed to burn the fuel completely. Tar damages not only the lungs, but also contributes to the rotting of teeth and bad breath.
Smoke also contains carbon monoxide. Burned herbs produce this chemical when fire heats it to the point of combustion causing oxidation. Carbon monoxide is a poisonous gas that harms the body in numerous ways.
If want to remember a convincing argument to tell your friends, think about the difference between the smoke produced by a campfire and the steam produced by a pot of boiling water. The smell from campfire smoke will linger on your clothes for days, while the water vapor won’t leave a smell and will disappear rather quickly.
Watch this video below to see the difference between a vaporizer hit and a combustion hit. You’ll notice that with a vape hit it is a light white look. While when you are looking at the smoke it is much denser and actually has a blue tint to it.

Below is a nice graphic that shows some of the temperatures that some of the compounds in cannabis vaporizes at. One thing to note with the art of vaping is that it's all about what you want to archive. I recommend higher temperatures near the edge of combustion as there are some very special cannabinoids that vaporizer around the 430-degree temperature range. Combustion starts to occur at 450, so be careful not to go over, but get close to experiencing full-spectrum vaporization. 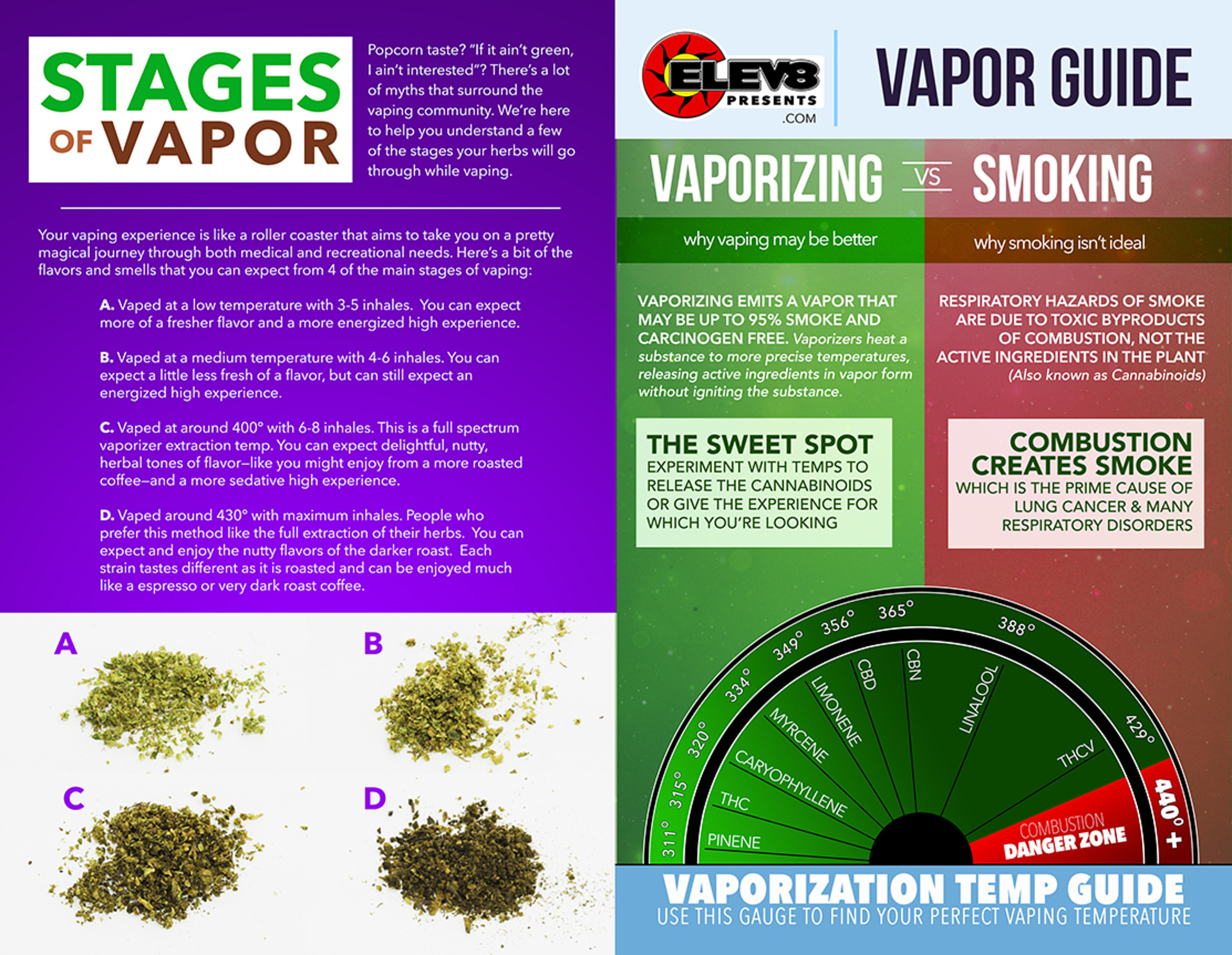