We talked to Pyro Glass about his long career in glassblowing and the many ways in which the glass industry has evolved over the years. Pyro Glass is something of an OG cannabis glassblower, starting around 1998-99 when the cannabis glass industry was still in its infancy. In that time glassblowers often used colors that were obtained from scrap pieces of glass, and in Pyro Glass' case colored glass was most often obtained from Pyrex glass dishes that were purchased from thrift shops, and anywhere else that they could be found. Pyro would smash this Pyrex glassware to obtain shades of cobalt, peach, and brown glass that he would use in his glassblowing work. Colored glass tubing would not start to become readily available for a few more years, so in the early days blowers were often limited to the colors that were commonly used in household commercially-available dishware. 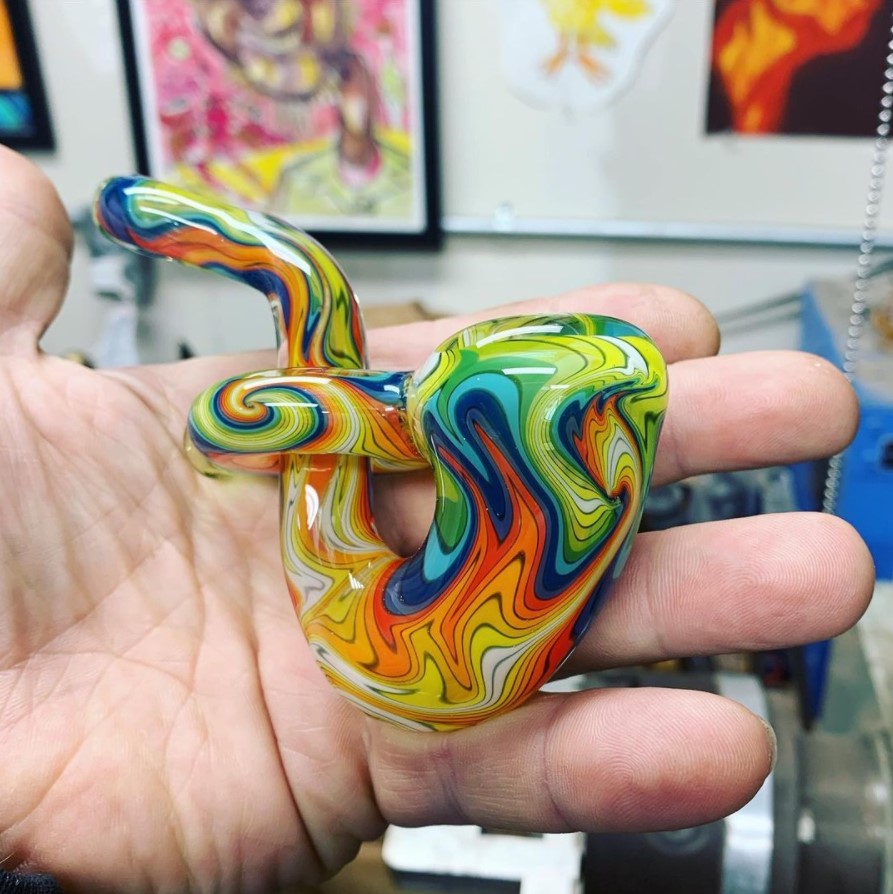 During this period in the late 90's, Pyro Glass was living in a bus and attending college, but he was finding school to be boring and tedious. He was living in a school bus, and around this time his brother introduced him to cannabis glass and glassblowing in general. Pyro was hooked and embraced glassblowing as a full-time passion, jumping directly into the craft without taking any lessons or receiving any tips from experienced blowers. Due to the lack of instruction his first pieces were crude and misshapen pipes, and he struggled to learn new techniques during this early phase of his career. 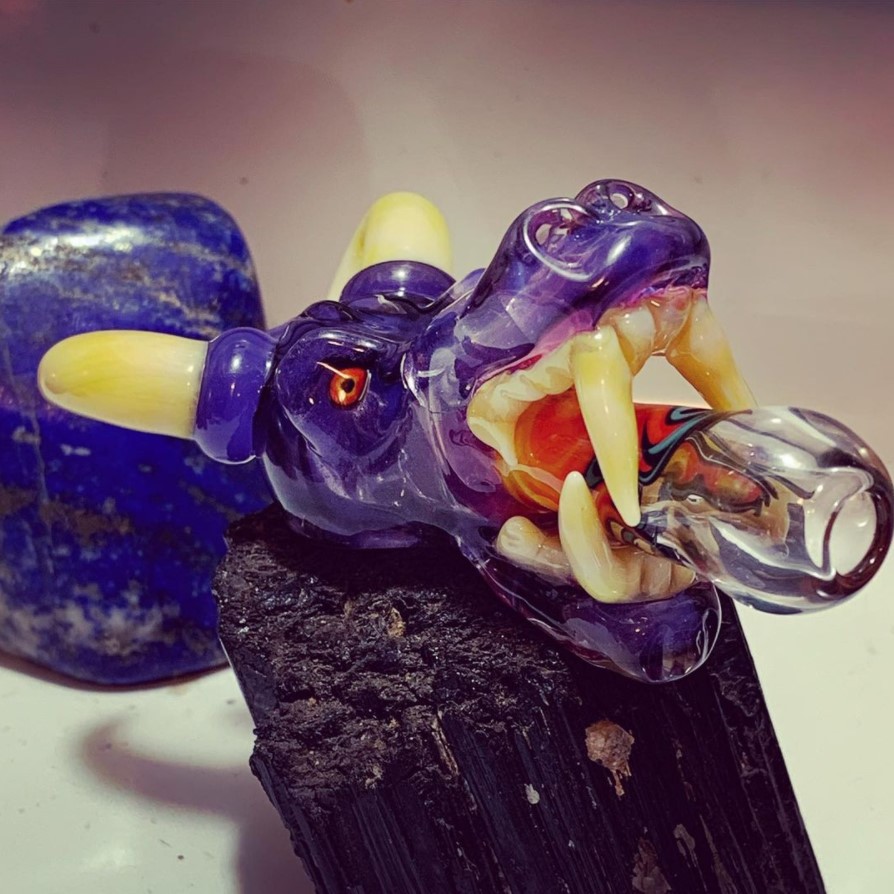 Pyro Glass' brother was his initial mentor, but he also learned many techniques from another mentor, Dorian Farmer. Pyro would later go on to take formal classes and acquire a Certified Color Instructor certification from Glass Alchemy. Pyro spent the first fifteen years of his career refining his techniques and rarely collaborating with others, but eventually he decided to take his career on the road, purchasing a van and the equipment needed to set up a glassblowing station anywhere he goes. Now, Pyro Glass has been living and working on the road for more than two years, traveling from studio to studio and working with glassblowers all across the United States. 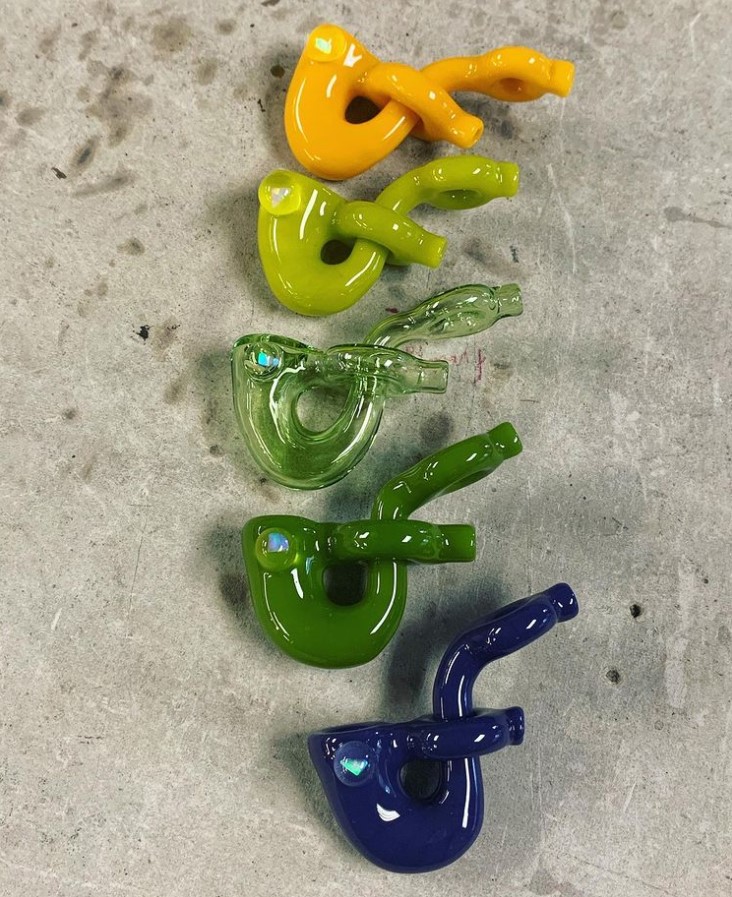 With decades of experience under his belt, Pyro Glass has developed distinctive signature styles and techniques that are all his own. He often utilizes a unique wigwag technique that is raked to produce a flame-like pattern. One of his most popular products is his Pylock series, a style of sherlock pipe that features large donuts which pass through themselves in a way that is mind-boggling. Another common feature of his works are dragon heads which he rakes into the termination points of his glass. His favorite glass color to work with is "Stargazer", and his least favorite color to work with is "Unobtainium."

Pyro Glass credits sleep deprivation, of all things, for providing the inspiration for his pieces, stating that he gets his best ideas late at night when he's been working long hours without sleeping. He has difficulty staying focused and sees his ADD as both a blessing and a curse. Pyro Glass loves that cannabis glass allows him to make pieces that are both artistic and functional, and derives a lot of satisfaction from actively helping to "evolve the ritual consumption of cannabis through art". You should definitely check out his amazing work  over at his Instagram page (@sirpyroglass). 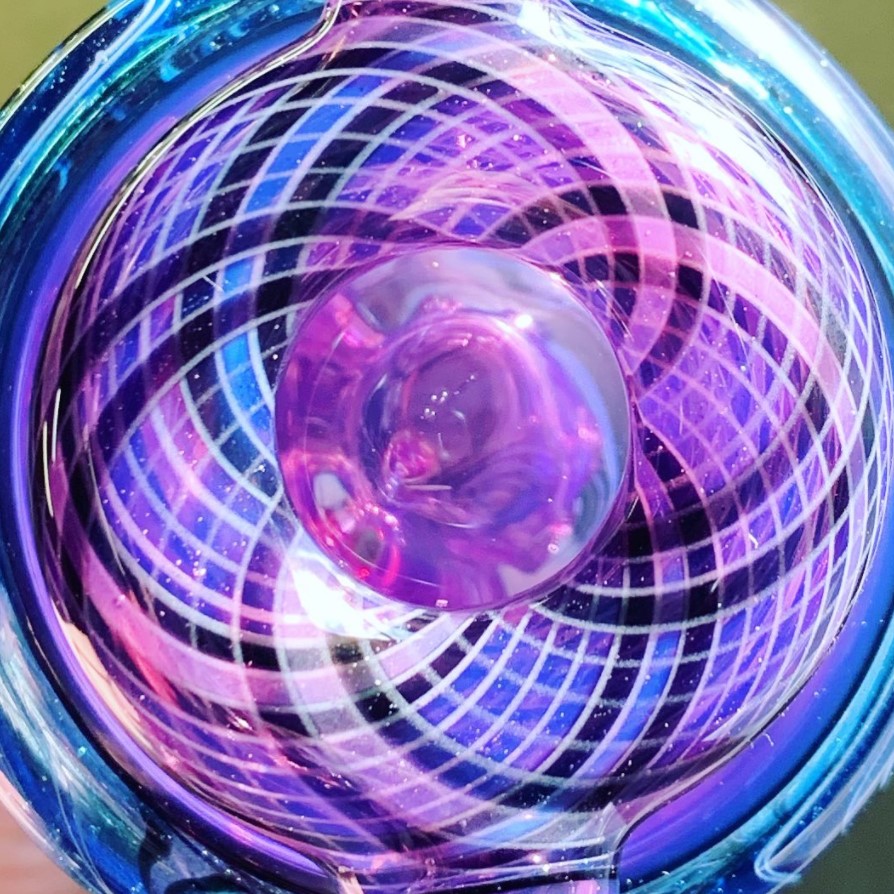 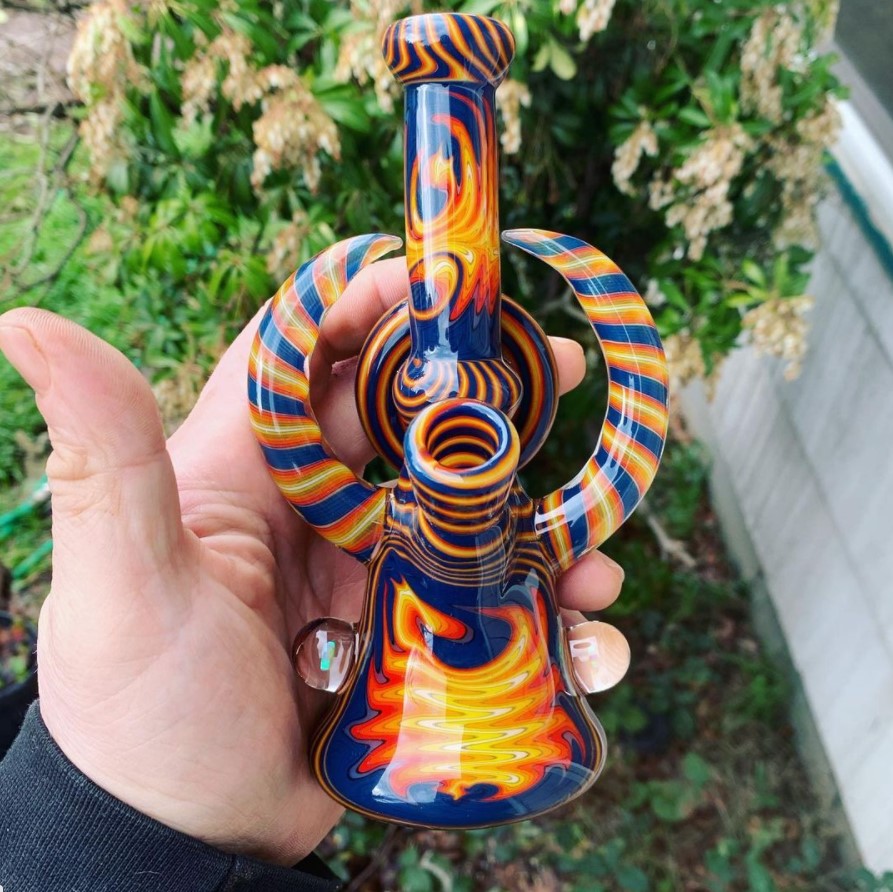 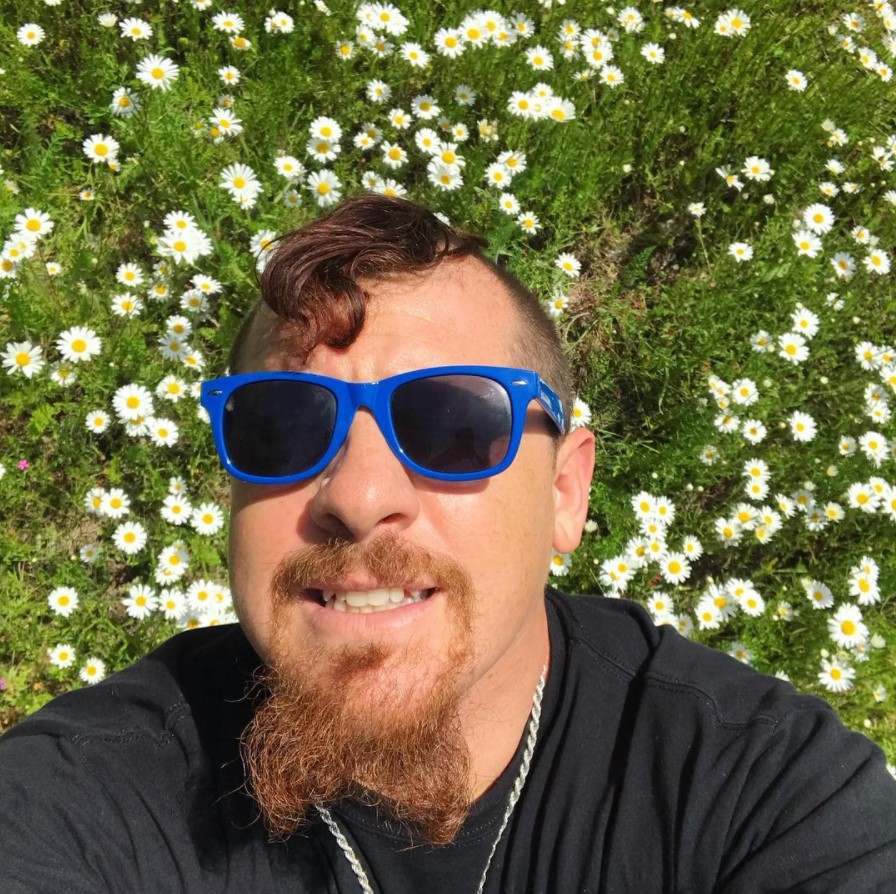 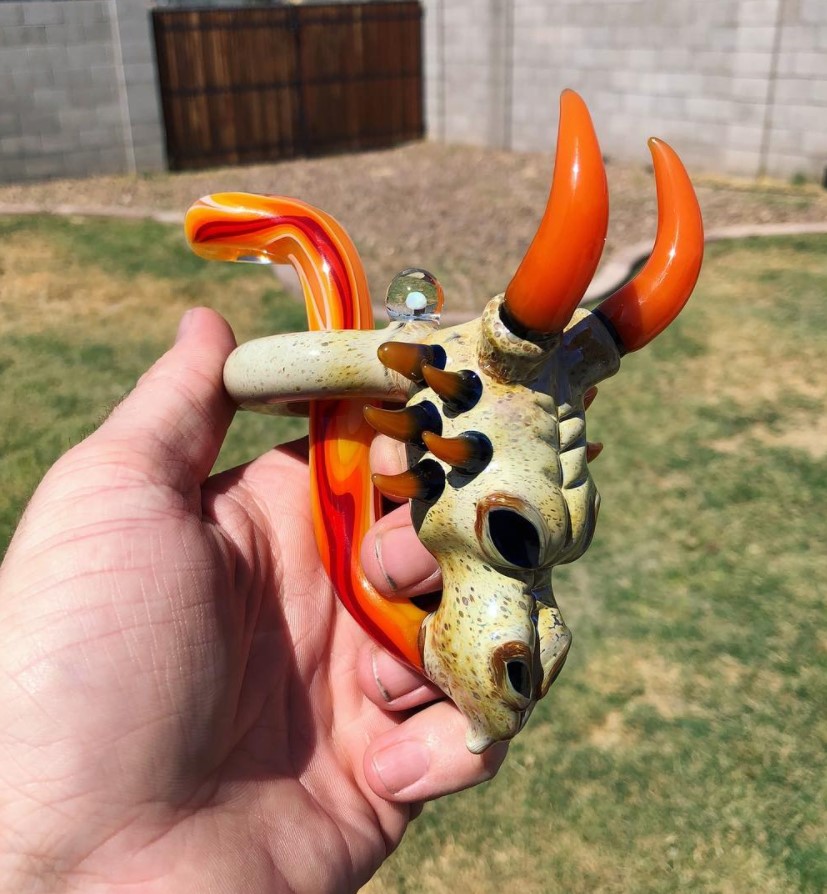 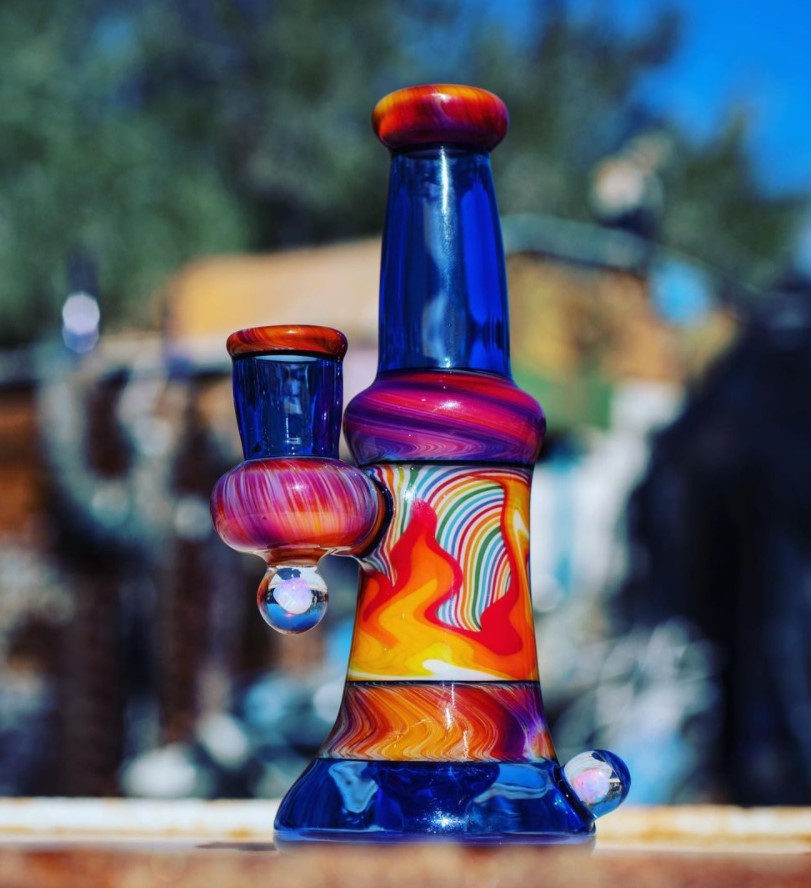 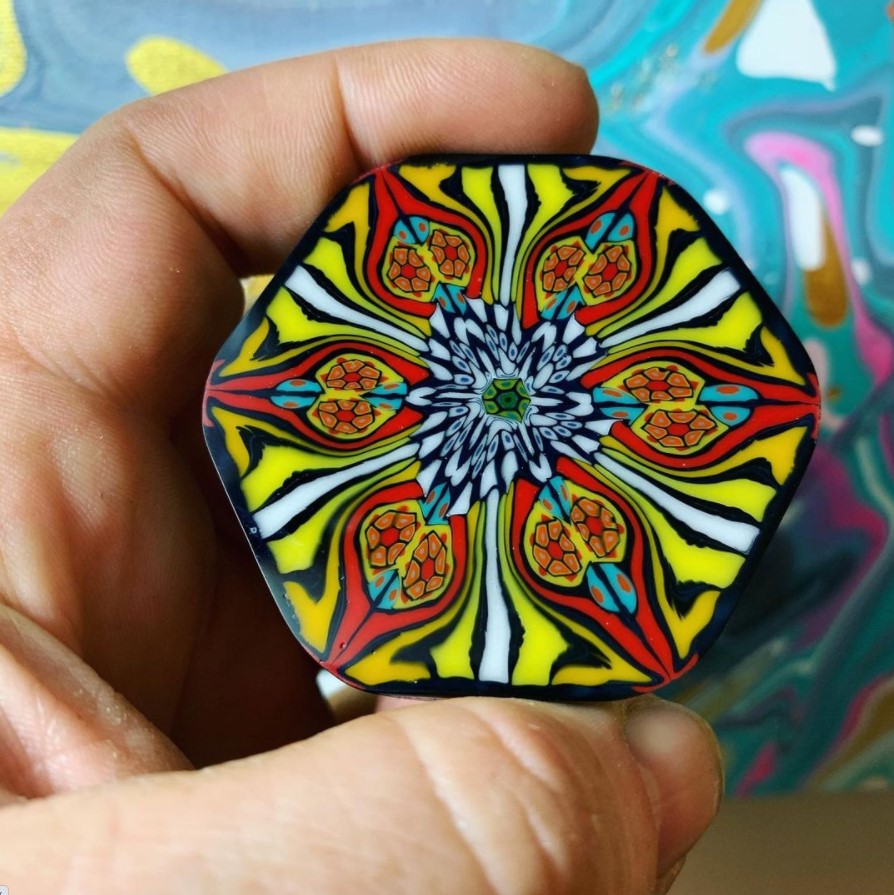 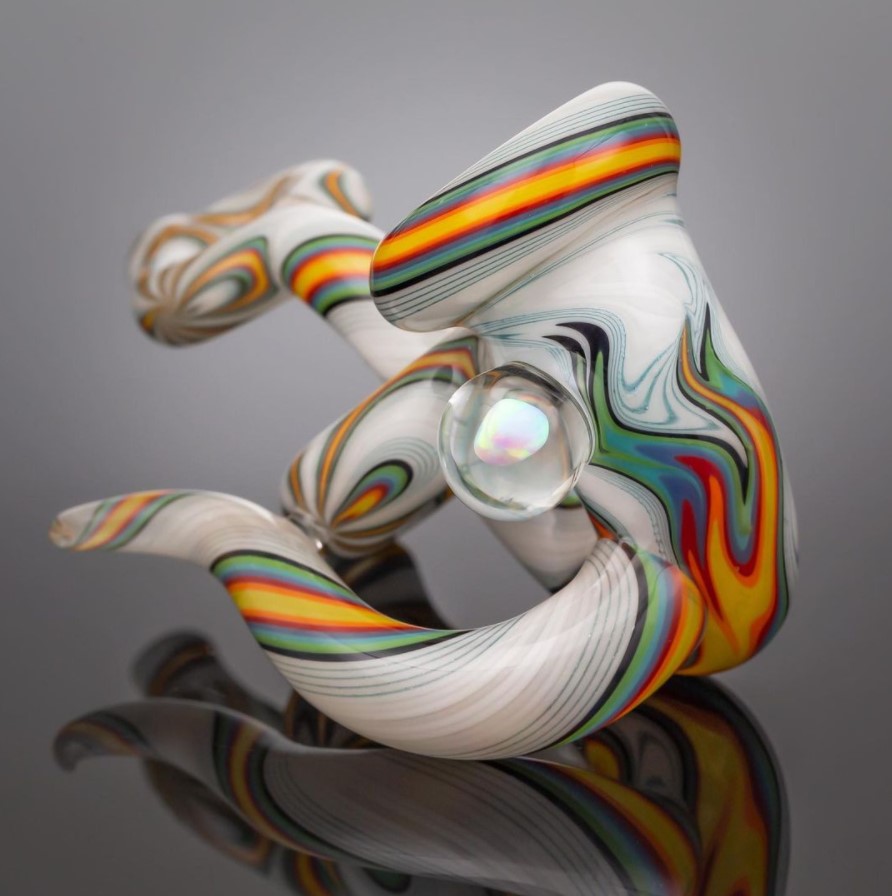