We talked to glassblower Kyru Glass about his career and the amazing glass art that he is creating. When Kyru Glass first became interested in glassblowing he was a professional photographer doing portraits for clients. Kyru began to worry about the state of the professional photography industry as technology was beginning to advance to a point where consumers could take high grade portrait photos using only their phones or relatively cheap consumer-grade digital cameras. As he was contemplating his future in photography Kyru stumbled onto the idea of perhaps becoming a professional glassblower, and for some reason the idea stuck and Kyru pursued the notion.

One of the biggest draws for Kyru Glass was the idea that he could make a living from glassblowing without needing to work directly with clients on a regular basis, and anyone who works in retail can confirm that regular customer interactions can be incredibly draining for those who lean more towards having an introverted personality. Glassblowing would give Kyru not only the ability to work solo and make a living on his own, but it also provided him with a means of self-expression that he would find invaluable as his skills and experience as a glassblower grew. 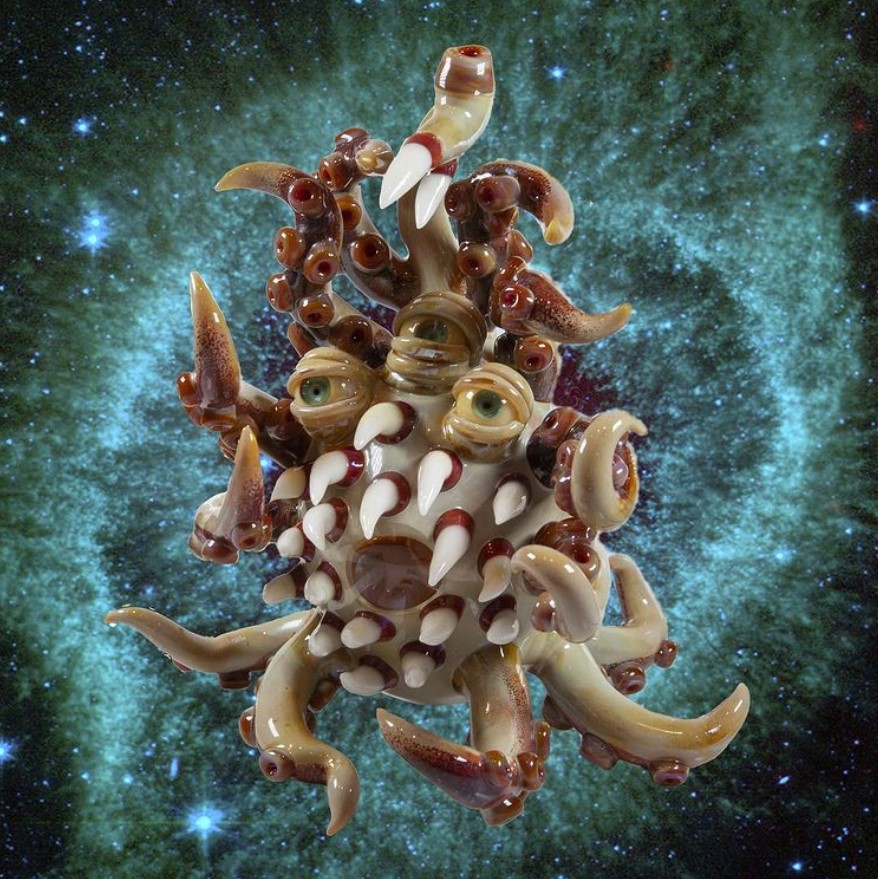 During the early phase of his glassblowing career Kyru Glass found a mentor in  Dan Foster, a glass artist famous for his lifelike birch tree pieces complete with textured bark and dripping sap. Foster taught Kyru the fundamental techniques that Kyru Glass would use as a springboard for the rest of his career. Later Kyru Glass worked at Torched Glass Art Studio in downtown Kalamazoo where he got a ton of valuable exposure to techniques from both the artistic and scientific sides of glassblowing. 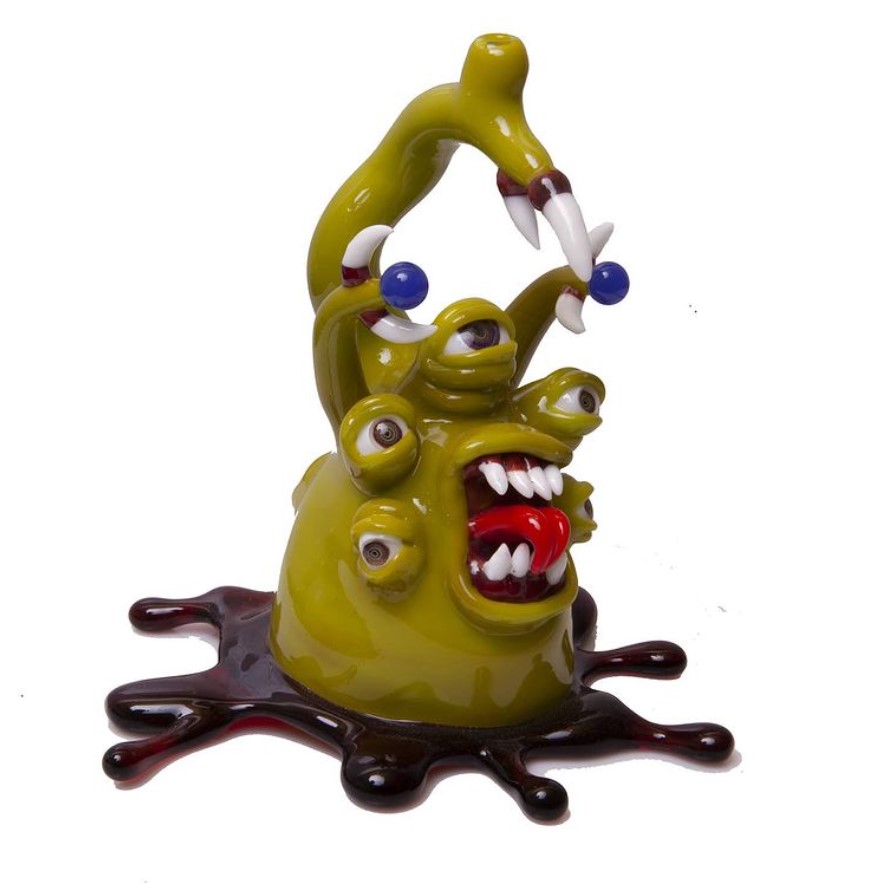 As Kyru Glass' abilities grew he began to favor sculptural techniques, and he fostered relationships with other artists that worked with those techniques. Kyru learned carving techniques from  Steven Wheeler aka Koldwerk, and after a while Kyru Glass formed a friendship with Merc Glass, an artist known for his astonishing sculptural creations. Kyru would regularly go to Merc's house to hang out and often collaborate on pieces together. Merc taught Kyru his techniques and pushed Kyru Glass to combine all of his technical skills with glass together to make push himself to the next level of his abilities.

Kyru Glass' sculptural creations are fantastic, typically falling into the "monster" genre with lots of eyeballs, gaping toothy maws, claws, and horns. The creations that Kyru Glass comes up with are out of this world, often resembling the fantastical creations from minds like H. P. Lovecraft and other 'weird horror' authors and illustrators. You can check out more of Kyru's amazing work  over on the Kyru Glass Instagram page. 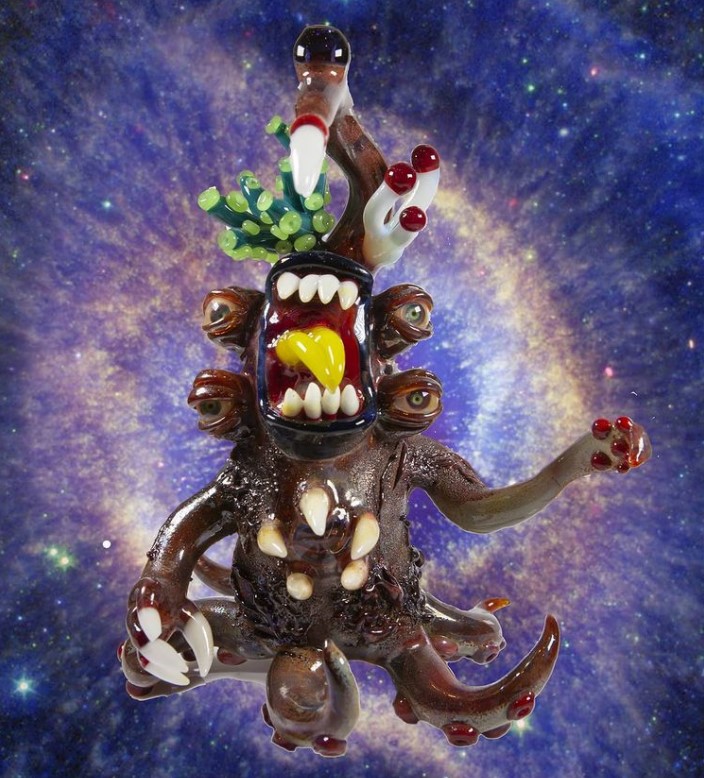 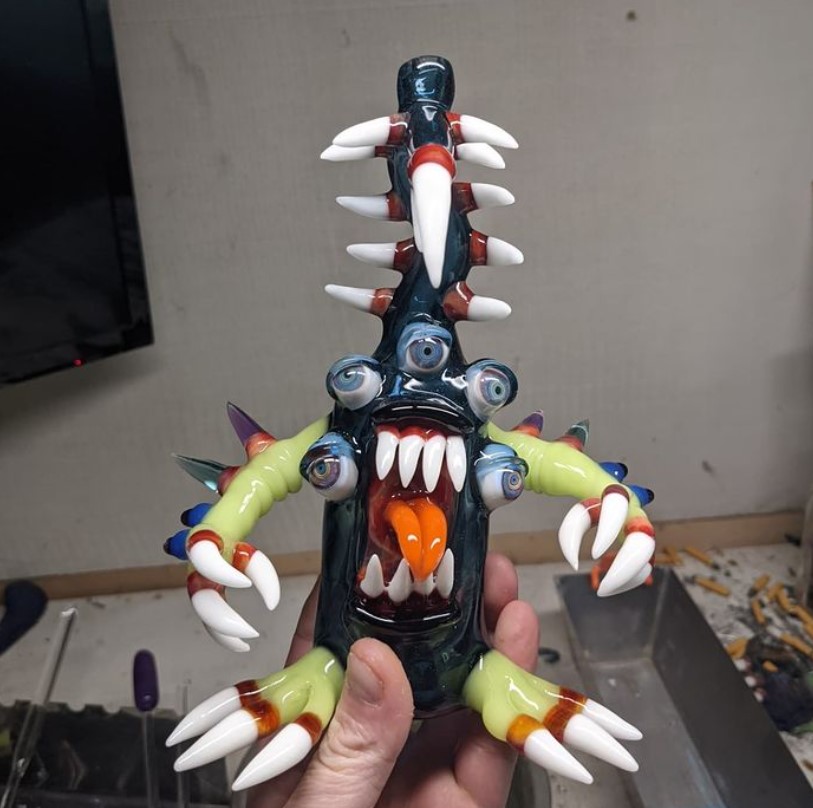 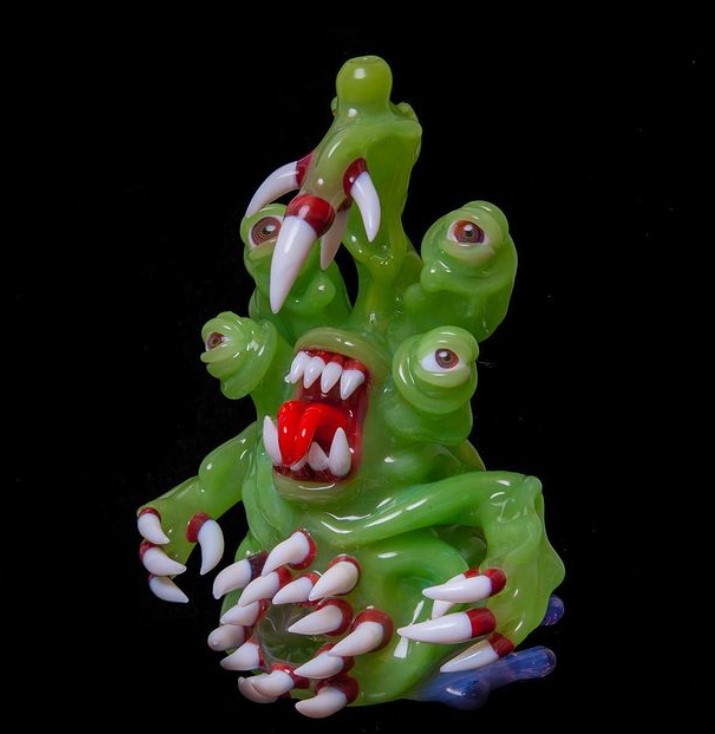 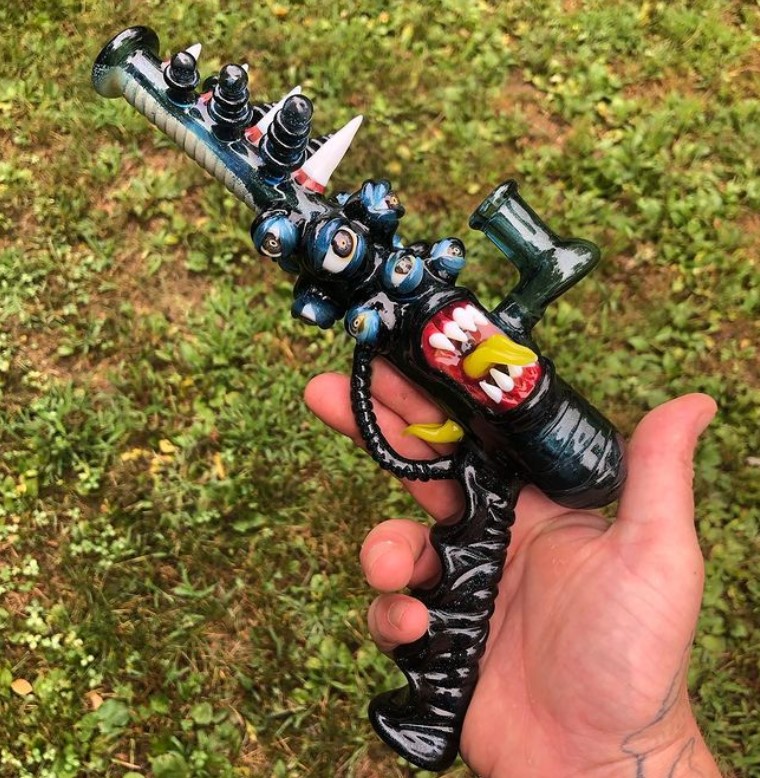 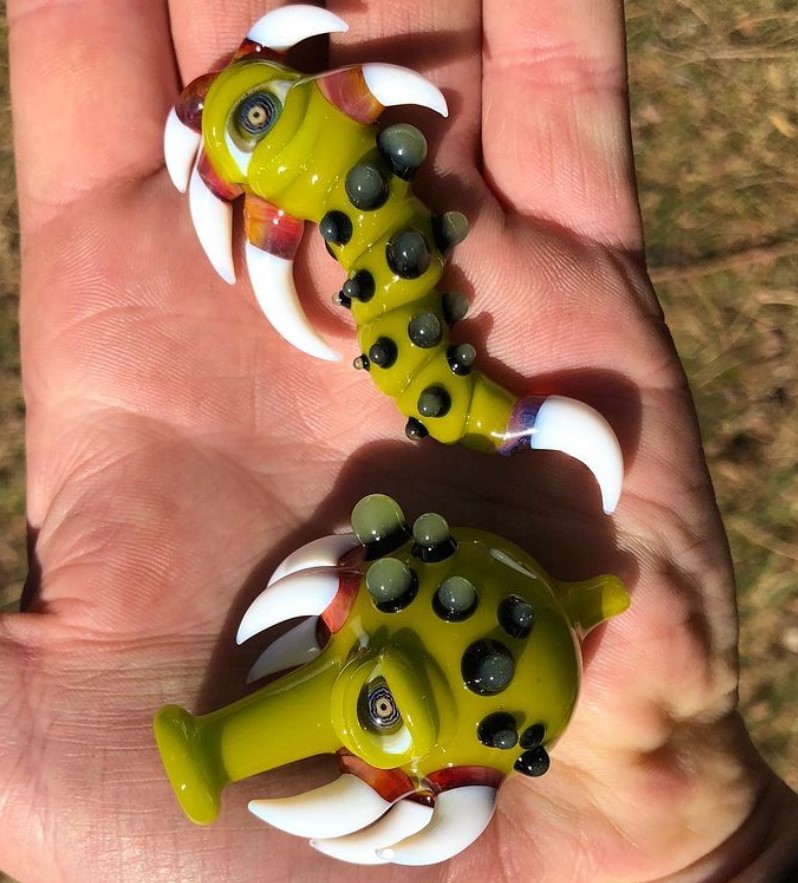 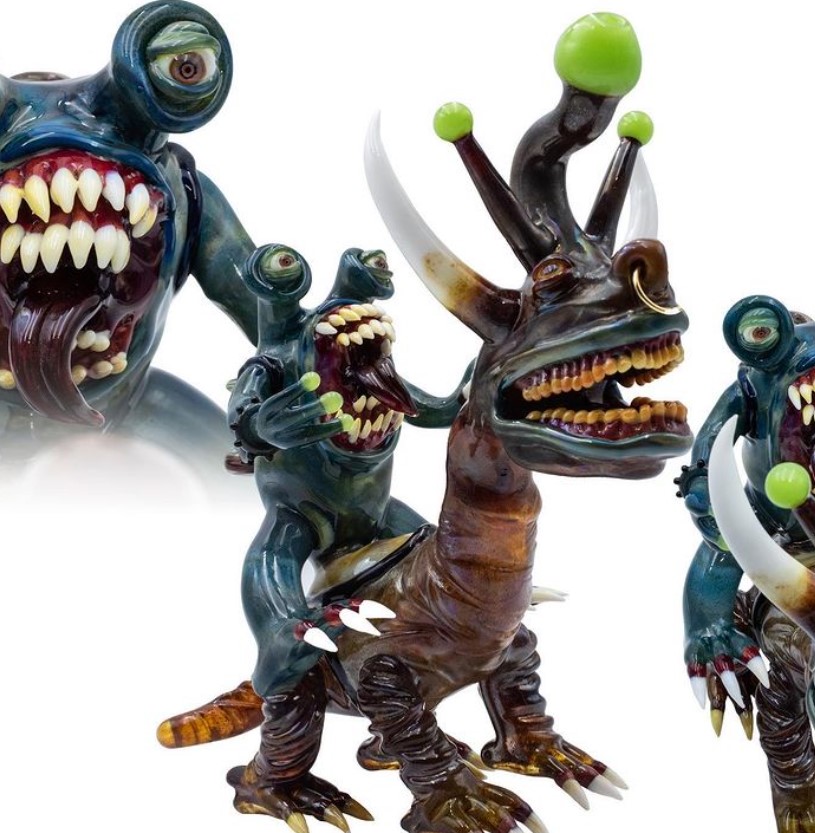