We talked to longtime glassblower Hilljack Glass about his extensive career in the art of glassblowing. Hilljack Glass remembers being interested in glass from a fairly young age; like many others glassblowers he had a fascination with fire and was a bit of a pyromaniac as a kid. Hilljack Glass used to watch soft glass demonstrations at amusement parks and felt drawn to the molten glass, and occasionally he would mess around with a propane torch and see what he could accomplish with it. 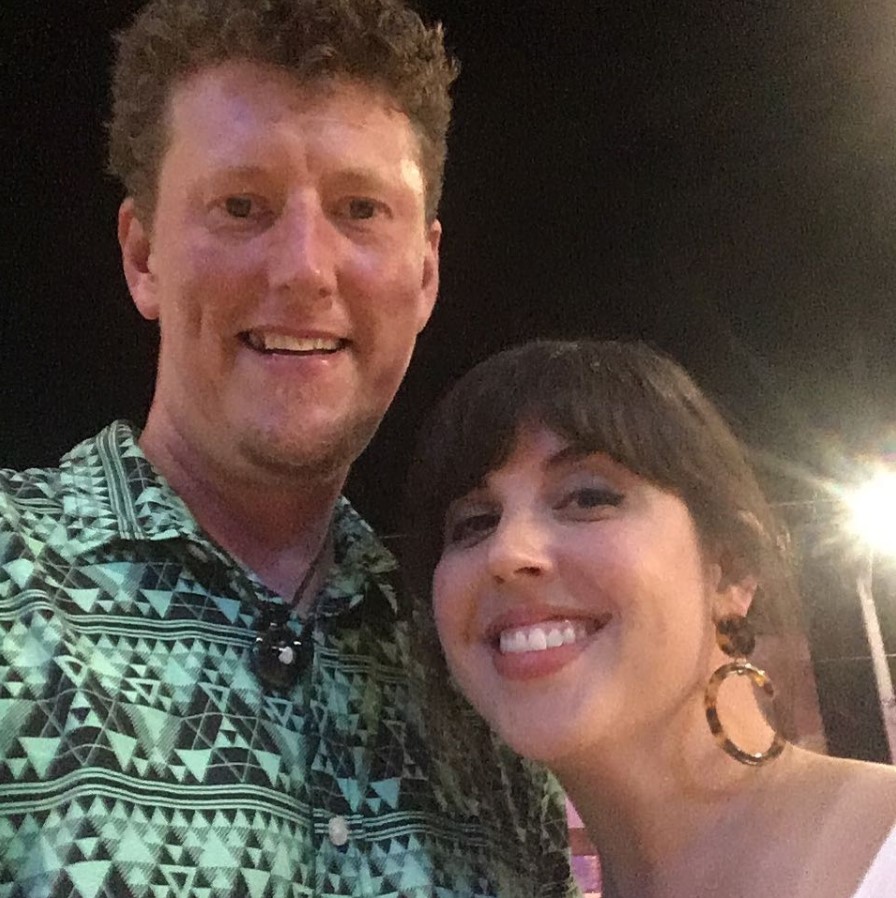 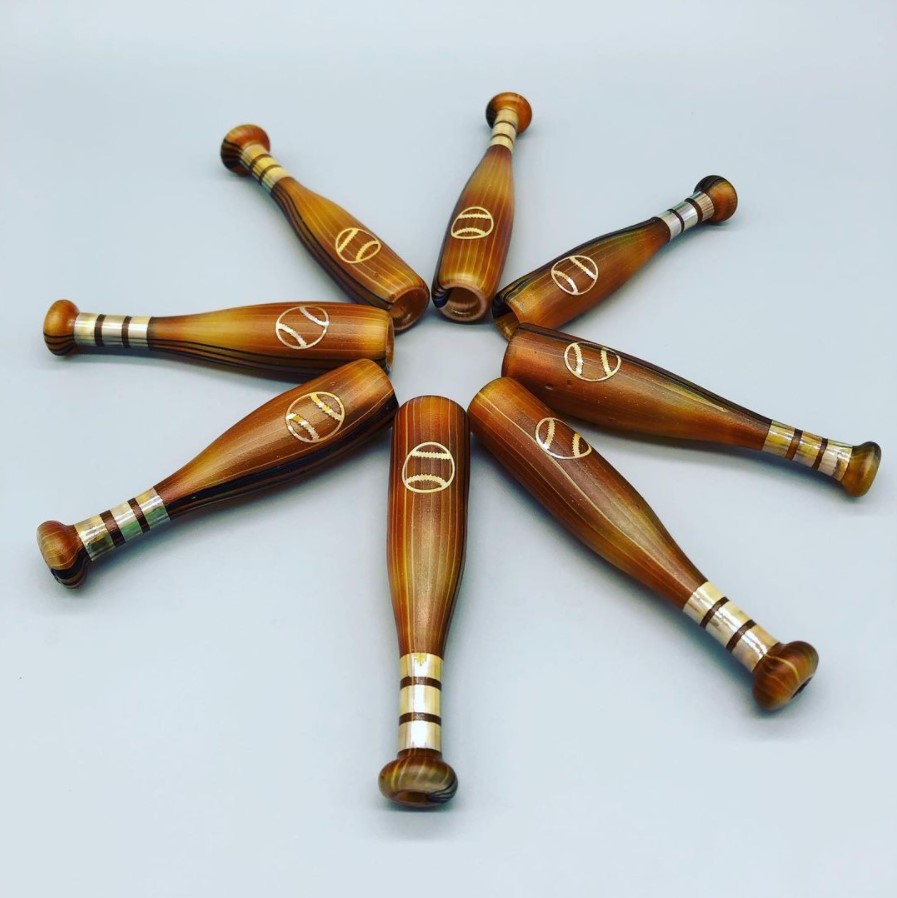 Hilljack Glass finds much of his inspiration in the natural world, and he's especially interested in the textures that you find in nature. Various textures like wood and stone and minerals catch Hilljack Glass' attention and drive him to try to achieve similar effects in glass. The baseball bat chillums pictured above are a perfect example of Hilljack Glass' eye for texture and color. Hilljack Glass utilizes a wide range of techniques in his work, but his approach to every technique is unique to his personal style, with characteristic results. Hilljack Glass fell in love with inside-out techniques in the early 2000's; in 2007 he started to do vac-stack and his work and personal style changed a bit as a result, especially the production work which was made significantly more efficient by the switch to vac-stack, but Hilljack Glass still loves inside-out and continues to utilize that techniques today. 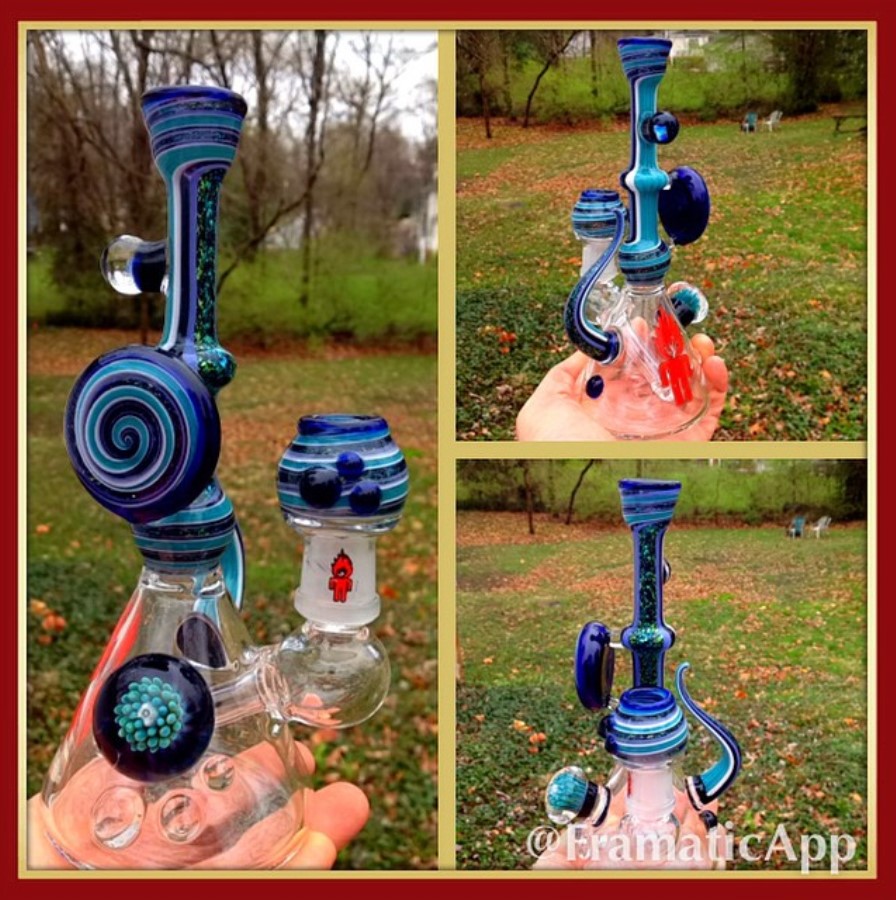 Lately Hilljack Glass has been teaching classes at a small flameworking shop in St. Louis. He prefers to teach intro classes and he says it's more fun to teach people who are complete beginners to glassblowing. He recommends that other glassblowers try to take classes if they are able to and can afford to do so, and he recommends taking the techniques that you learn and shaping them to your personal preferences and styles. Hilljack Glass has been working on the torch full-time since around 2011, and he continues to push himself to improve his skills and range of abilities. Surprisingly, Hilljack Glass says that he rarely spends more than a single day on a heady piece.

In the future, Hilljack Glass intends to push out more and more heady pieces. He lives with his wonderful life Erin, and he continues to teach beginner classes and live life on his own terms. He has occasionally collaborated with friend and former student Sam Gladstone (@gladstoneglass) who he knew in high school. Beyond glass, Hilljack Glass has performed with a music group called The Murder City Players, and he has a special love for Volvo cars and he's currently rebuilding an old Volvo. You can check out more of his amazing work over at the Hilljack Glass Instagram page (@hilljackglass). 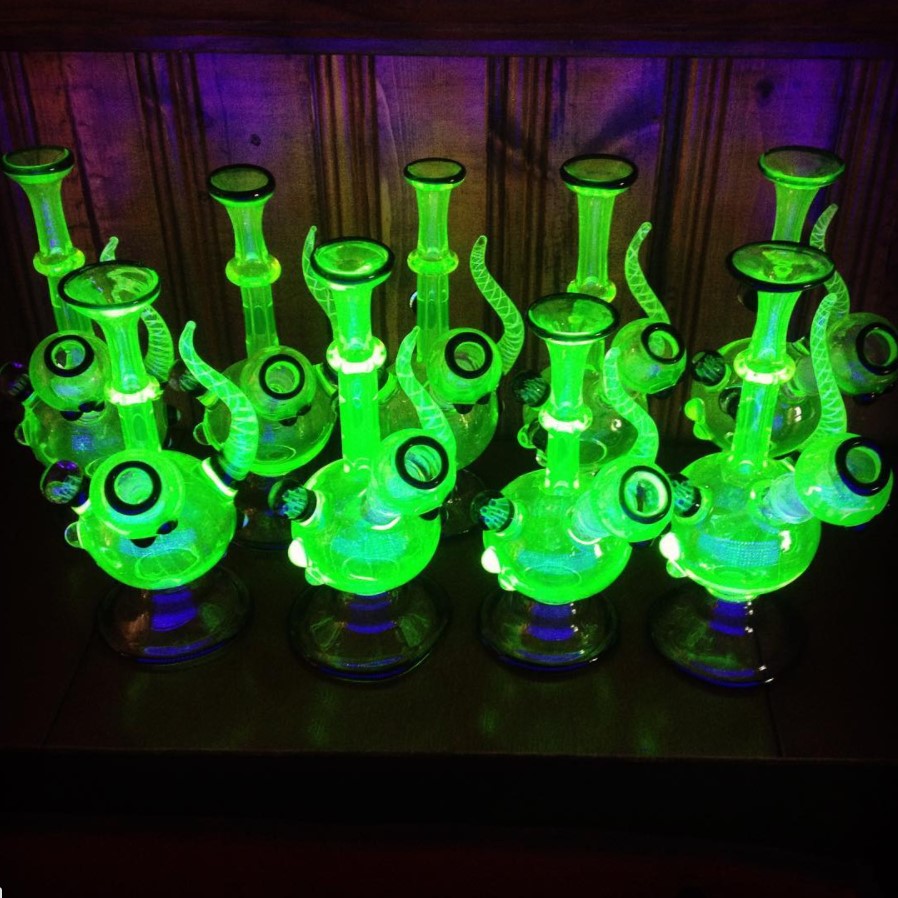 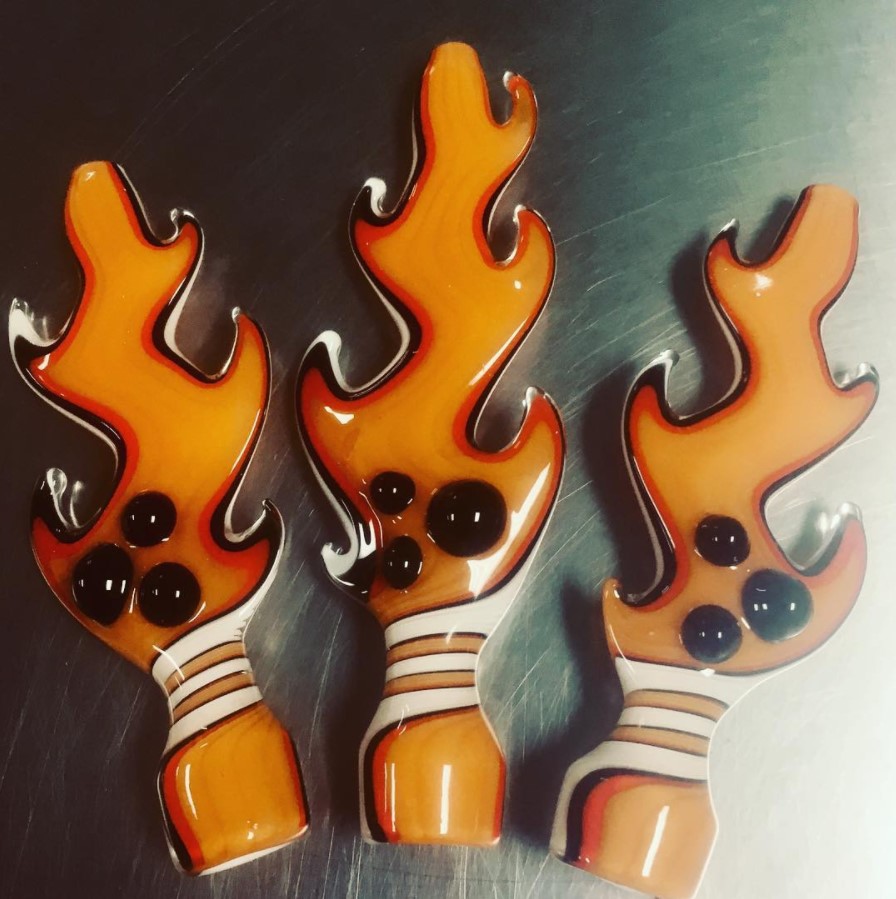 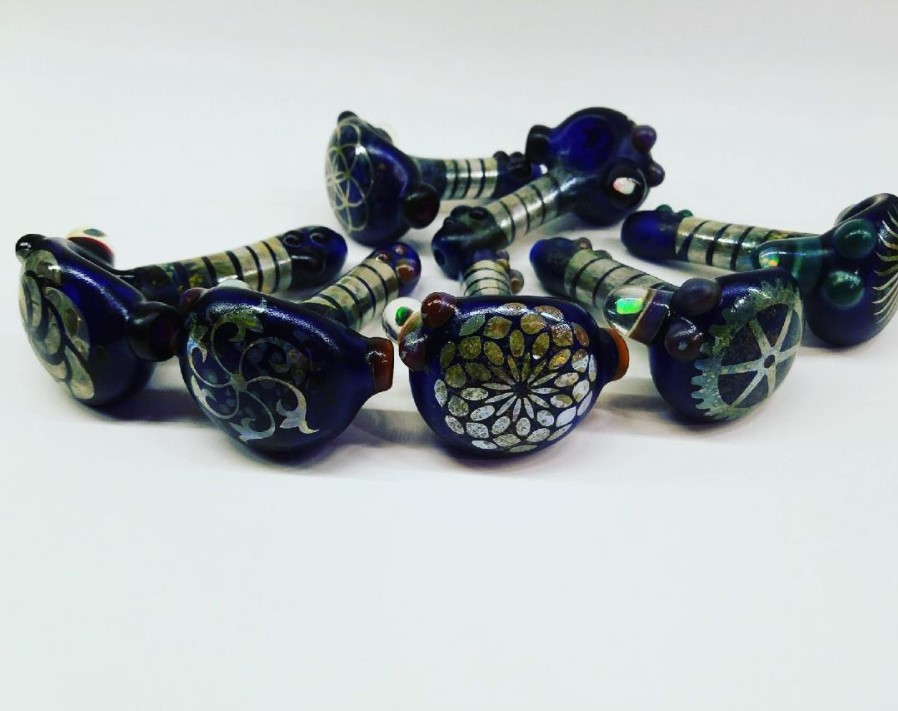 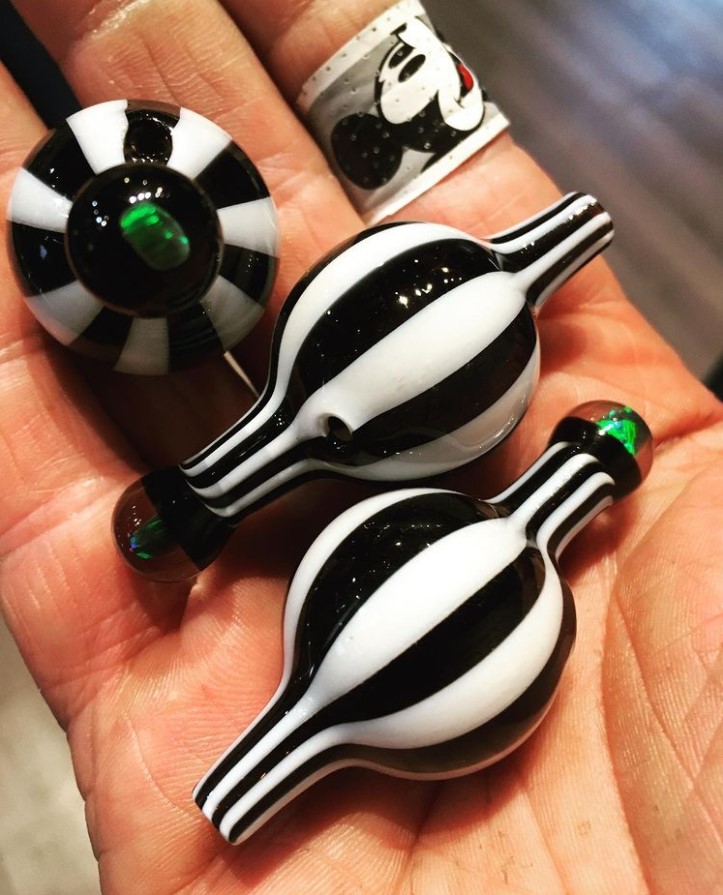 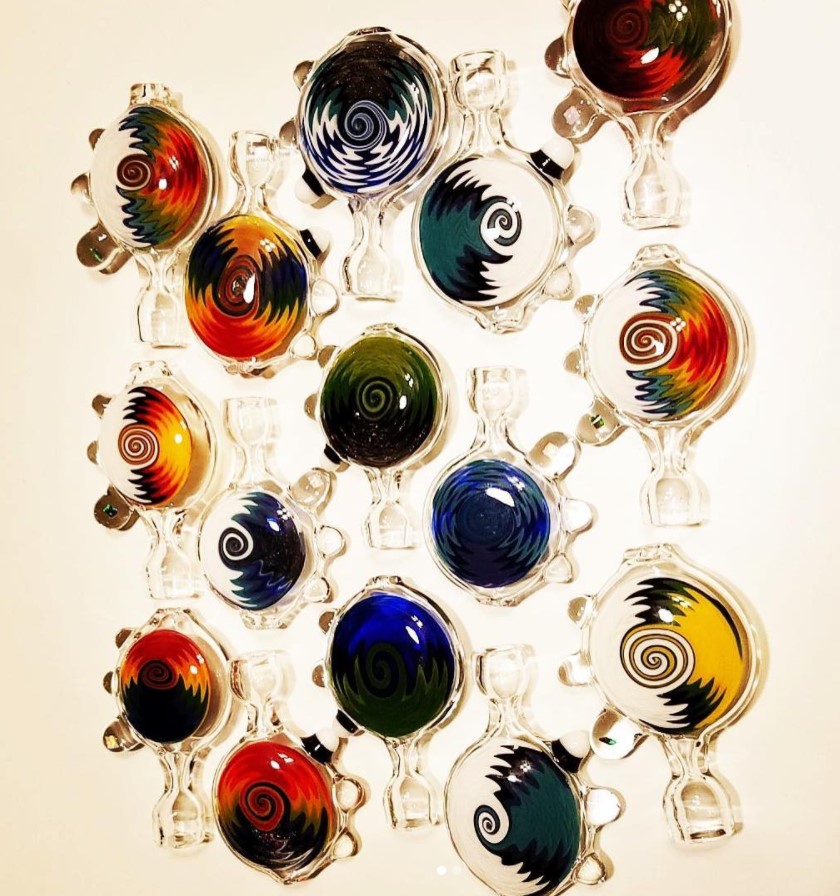 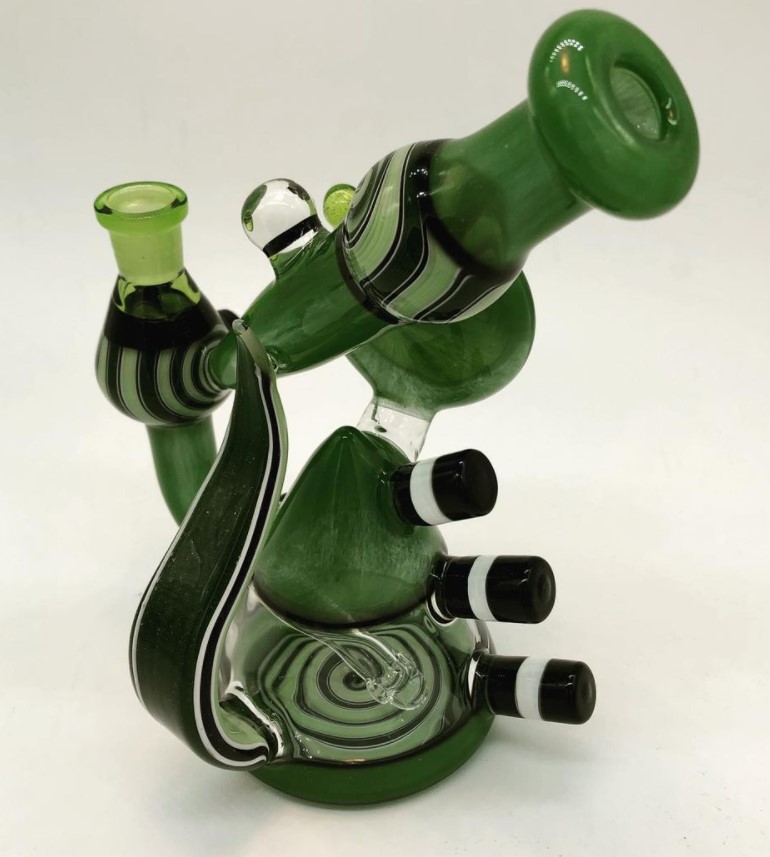 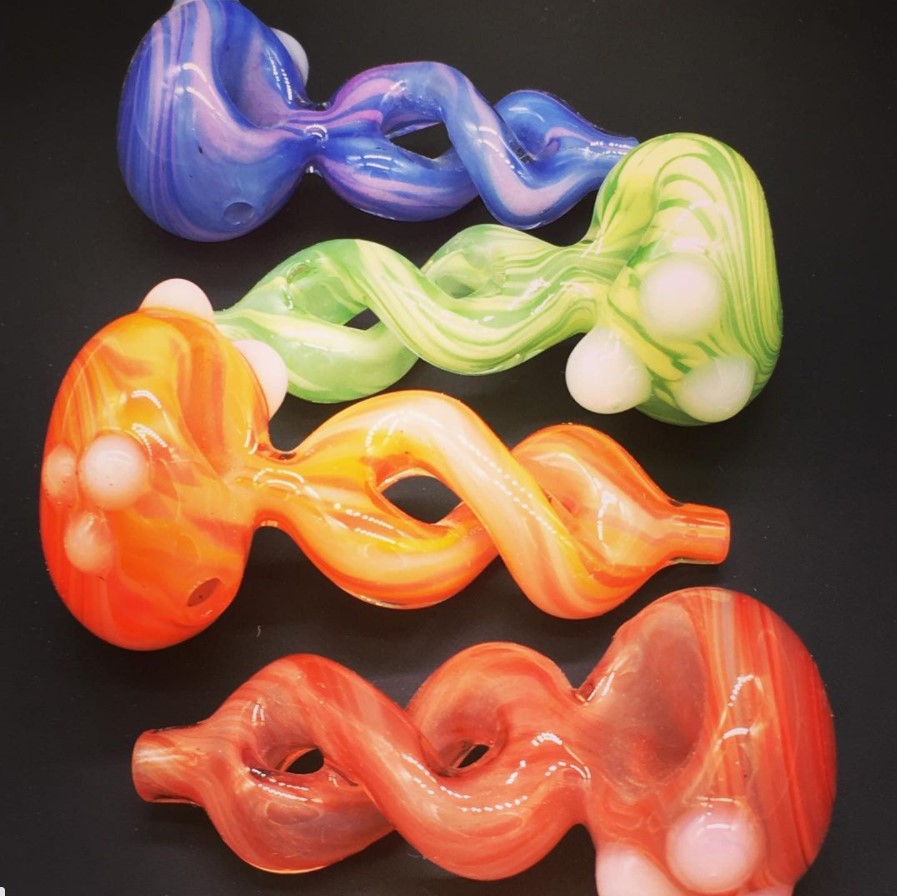