Elev8 at 8 with NJR Glass

We talked to artist NJR Glass about his career in glassblowing and his love for the craft. NJR Glass was introduced to glassblowing by his friend  Gabby, also known as Helios Glass, an artist living in Asheville, North Carolina, a city known as a hub for cannabis glassblowers on the east coast of the United States. At the time NJR Glass had recently left a bad relationship and was forced to move back in with his parents. Gabby visited him and showed him her collection of pieces that she had blown and invited NJR to come out to her shop to watch her work. Gabby worked at a studio owned by a glassblower named Magism, and when NJR Glass visited her she challenged him to make a marble on her torch. NJR Glass was hooked right away and when he returned him he started saving money so that he could move out to Asheville and take up work as a glassblower himself. 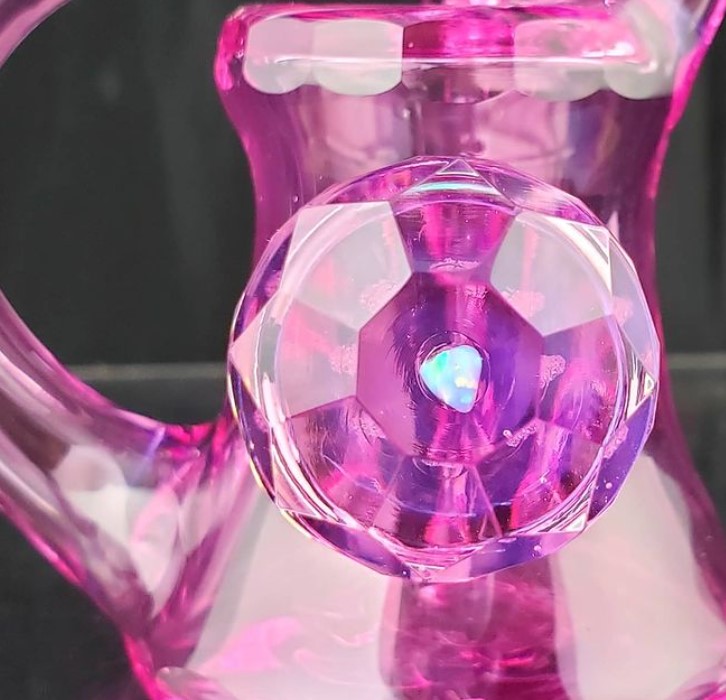 When NJR Glass arrived in Asheville he was offered a station to learn and work at Magism's studio. Magism had seen NJR working with Gabby and was interested in teaching him the fundamentals of glassblowing. Magism was a patient and informative mentor to NJR Glass, and Magism himself had learned from the legendary glass artist  Hans Godo Frabel. Magism had an innate sense for glassblowing and provided an open and welcome environment for his students to ask questions and probe his knowledge. NJR Glass credits Magism and Helios Glass for taking NJR under their wings so that he could find his purpose as a glass artist. 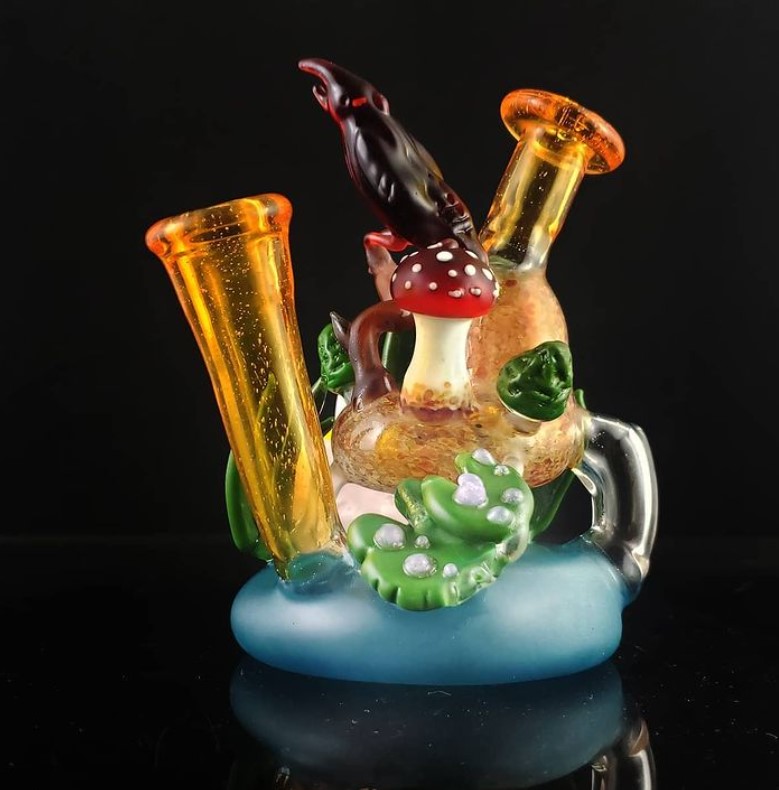 During the early years of his career NJR Glass struggled like many beginners often do, and he sometimes wondered if he could really make a living as a glass artist. At one point he got into a disagreement with his roommate and Magism offered him a space where he could live and continue working at the studio. NJR Glass was struggling to make ends meet, and one night he broke down crying and realized that he had to force himself to improve his skills and abilities if he ever wanted to succeed as an artist. It was a climactic epiphany in NJR's life, and from that point onward his skills began to improve exponentially and soon he had acquired a shop distributor for his work which marked a turning point in his career. 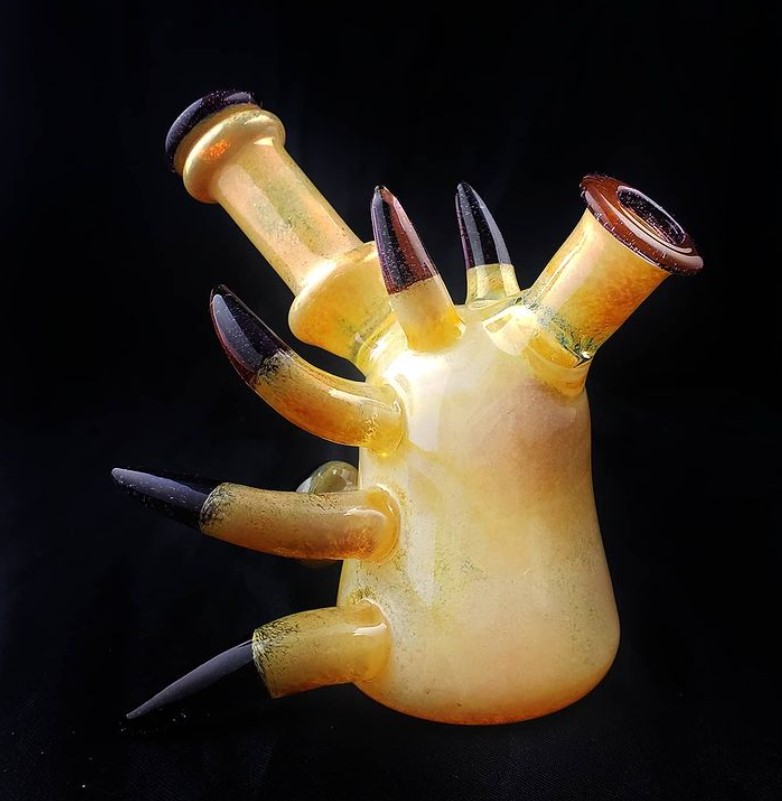 When he first started glassblowing NJR Glass found a lot of inspiration in his relationship with cannabis, which he uses as self-medication for his ADHD. As his talents as a glassblower grew he began to derive more inspiration from his family and from the fact that glass has given him the ability to succeed and provide for the people that he cares about most. NJR's happy that he pushed through the struggles in his early career, and now he feels a sense of confidence when he works with glass. NJR Glass' work is truly magnificent and his skills are only going to continue to grow.

NJR Glass has often faced financial hardship, as far back as childhood, so he strongly identifies with the working class and he strives to provide his clients with amazing pieces that they wouldn't normally be able to afford. NJR loves to see the smile on someone's face when they get that new rig or pipe, and that is a reward in and of itself. In the future NJR Glass intends to focus more on line work for a while, and he wants to learn to incorporate really clean and beautiful line work into his pieces. You can check out more of NJR's amazing work  over on the NJR Glass Instagram page. 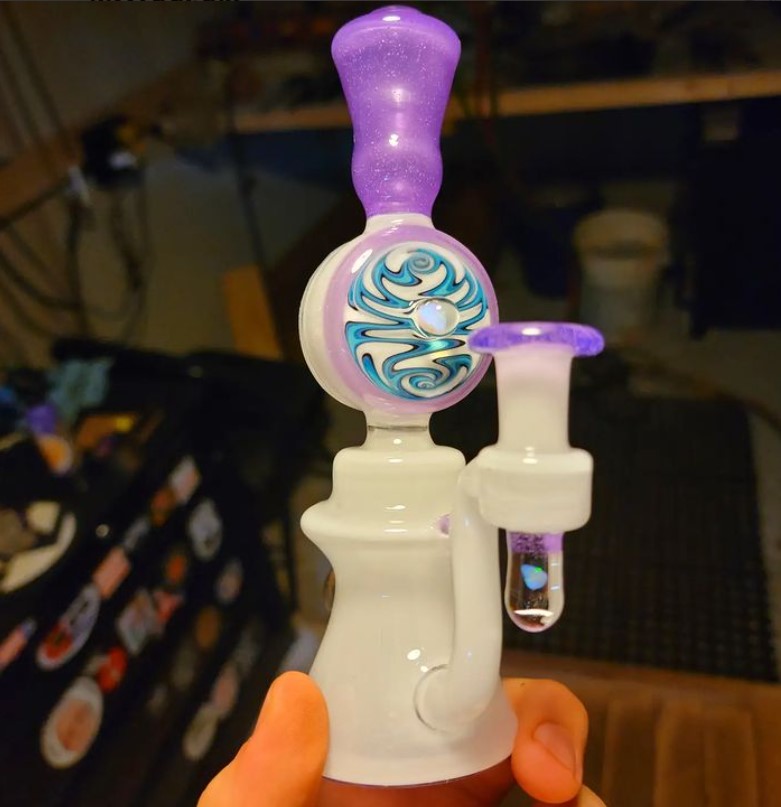 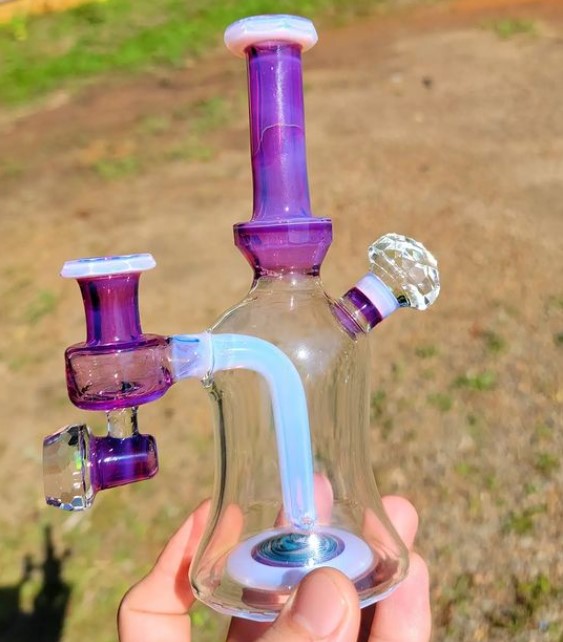 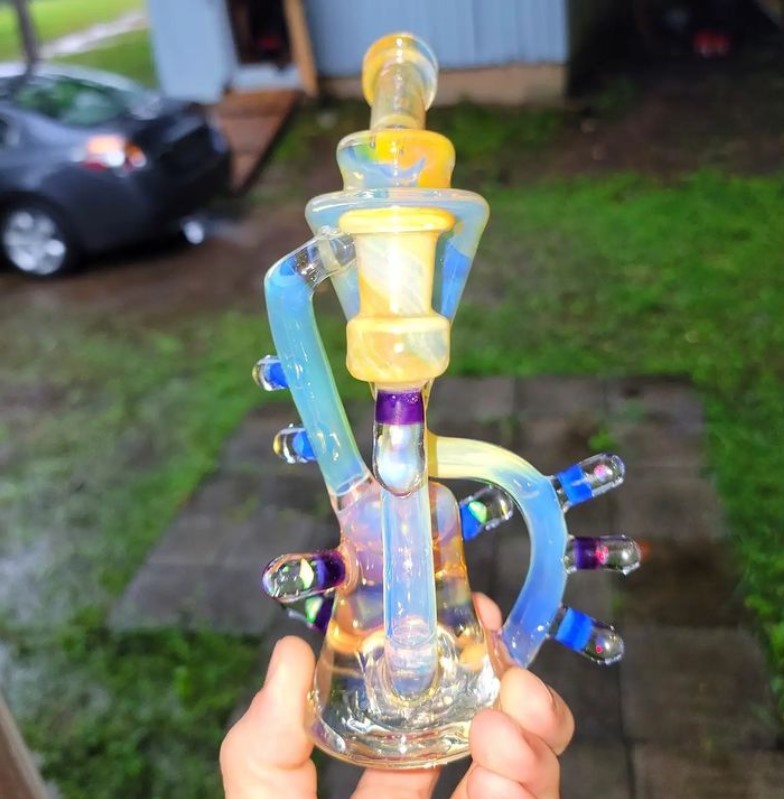 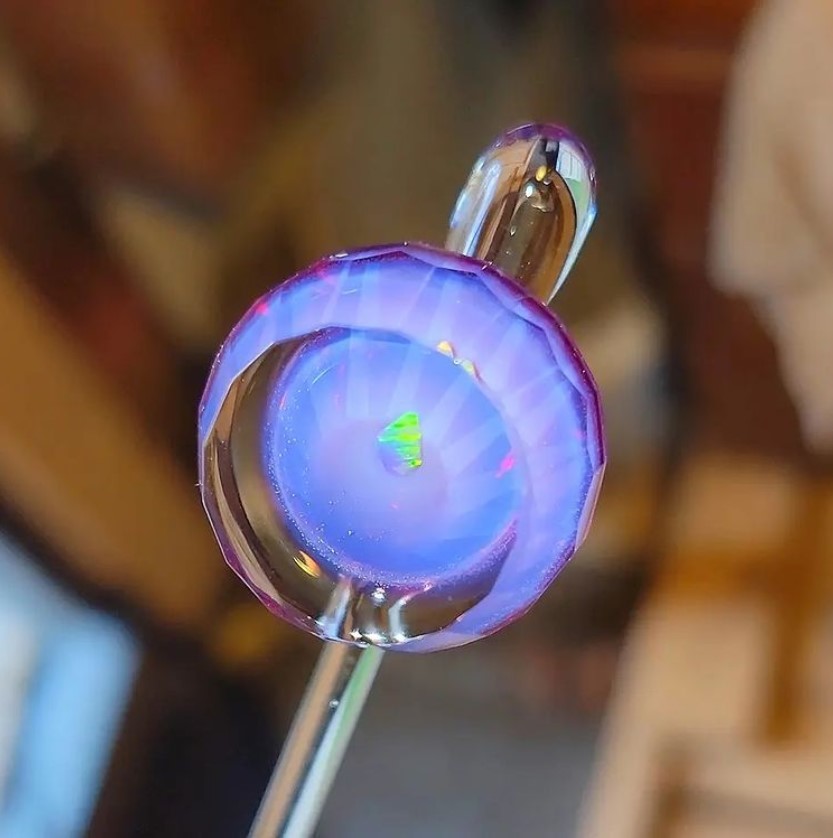 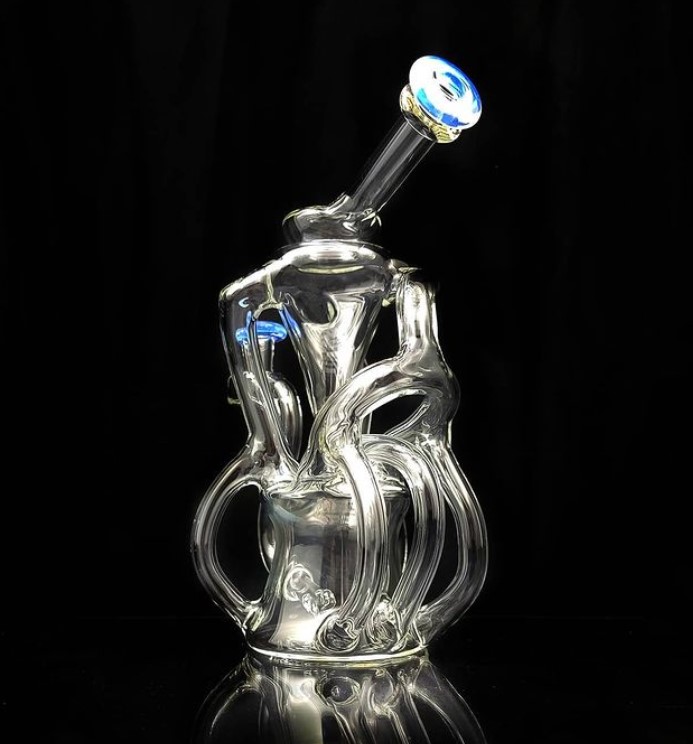 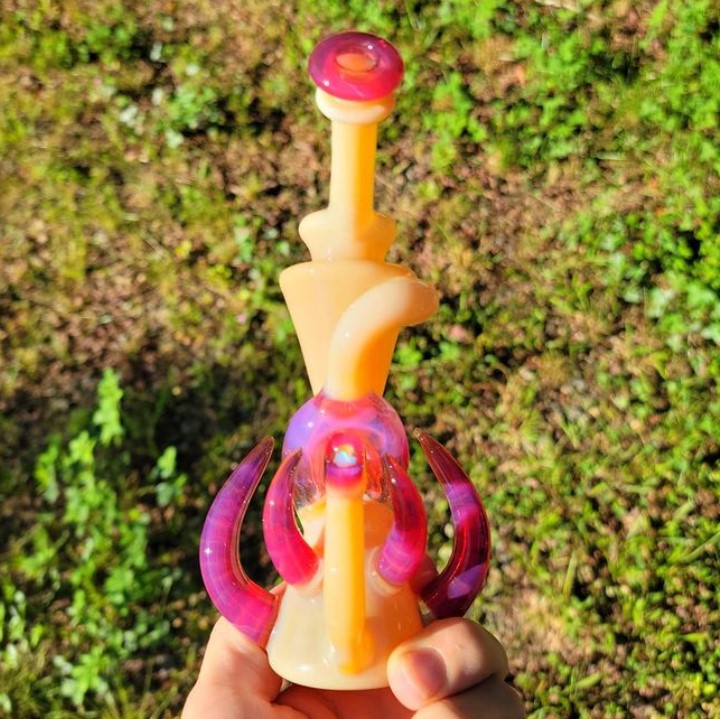 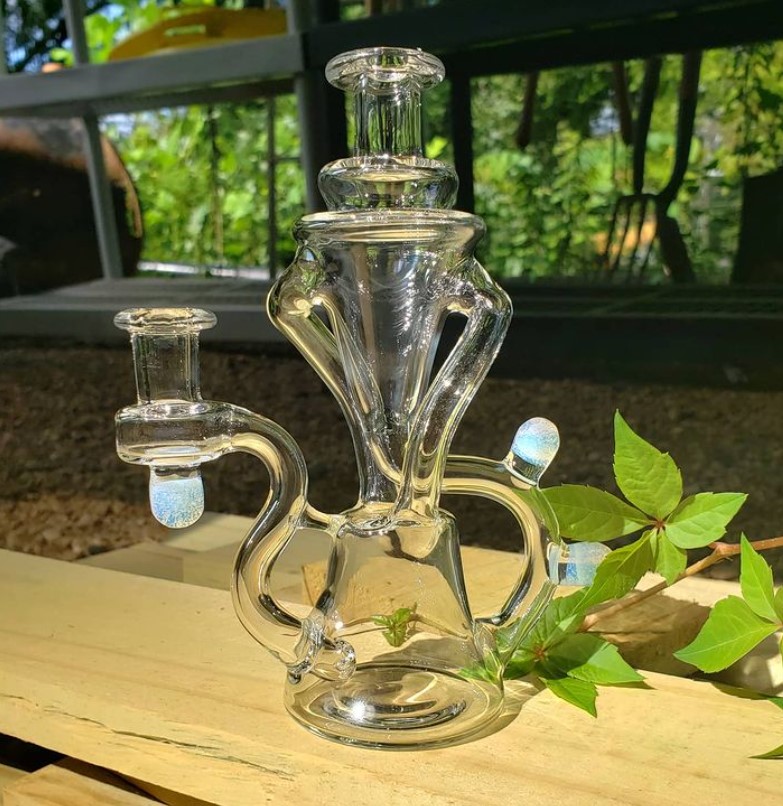