The  Dabble Smart E-Rig is the world's first precision temperature controlled smart e-rig, a compact vaporizer for concentrates and oils with some intelligent design features. When you first open the packaging, with its cool magnetic cardboard enclosure, the first thing you see is the unit itself as well as a box of included accessories. The Dabble comes with a free pack of alcohol swabs and alcohol wipes which the user will likely use up quite quickly, but useful nonetheless. The accessory box also includes a dab tool, which is standard for most portable concentrate vaporizers, as well as a pair of tweezers which is helpful for removing and cleaning the quartz glass insert dish.

The Dabble has a built-in water filtration system with a plastic water chamber that can be removed and refilled from the top. The water can be kept inside the chamber while the unit is being transported thanks to the tethered silicone rubber mouthpiece cover. When in position the silicone mouthpiece cover seals the water filtration pathway to prevent any water from leaking out if the unit gets overturned in transit. 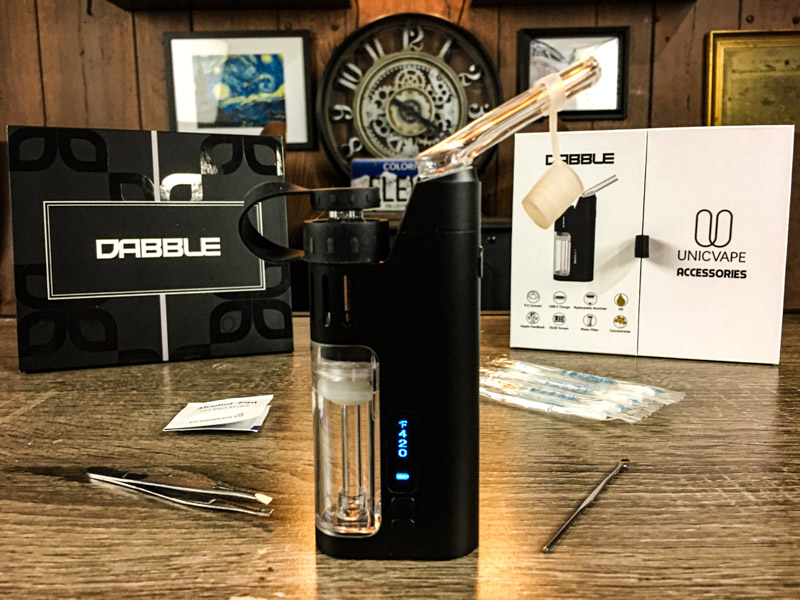 The Dabble's atomizer is covered with a quartz dish so your concentrates never make direct contact with the heating element, and this will preserve the lifespan of the heating element. The quartz dish can be removed with the included tweezers for cleaning. In addition, the Dabble utilizes an ingenious system for directing reclaim away from the heating chamber and down into a small reservoir in the plastic water chamber. This reclaim pathway is held in magnetically and can be removed by unscrewing the atomizer and lifting the reclaim pathway piece up. This makes the unit a breeze to clean and further extends the lifespan of your atomizer by preventing reclaim from building up on and around the atomizer components.

Vaping with the Dabble is enjoyable and it's super easy to adjust the experience to your preferences. You turn the unit on by clicking the power button five times, like with most vape pens, and then you adjust the heat to your preferred temperature using the temperature adjustment buttons, and then when you're ready to vape you just hold the power button down and the atomizer will heat in much the same way as a typical e-cig or vape pen, shutting off power to the atomizer as soon as the user lets go of the power button. 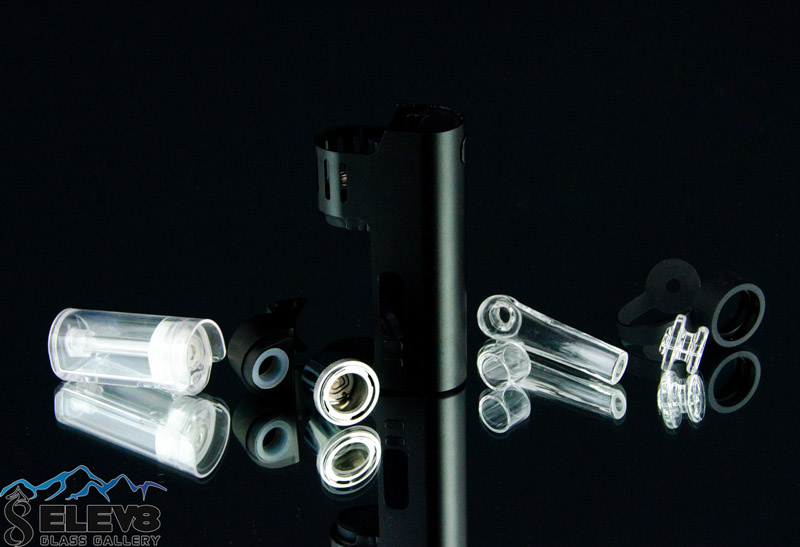 For the best experience we recommend preheating the quartz dish by dry firing the atomizer until the quartz dish is hot enough to melt your concentrates. Then get some concentrate on the end of your dab tool and hold it against the inner wall of the quartz dish so that the concentrates heat and melt down into the bottom of the dish. Then cover the quartz dish with the included carb cap which is cleverly tethered to the rim of the atomizer with a silicone ring. Once the carb cap's in place you can slowly draw from the mouthpiece while pressing the power button to heat the atomizer. The Dabble will vibrate when the atomizer reaches the target temperature specified by the user.

The battery included in the Dabble is a hefty 3000mAh cell which is hardwired into the unit. It's equivalent to an 18650 lithium ion battery, and our tester only had to charge her unit once in over a month of use. The unit is charged using a USB-C cable which is included with the unit, so it can potentially be charged much more quickly thanks to USB-C's charging capacity.

The small plastic water chamber cannot hold much water before it will begin to splash up into the mouthpiece, but it is an effective water filter nonetheless, and the Dabble overall is a useful and very portable option for concentrate users who want to vape on the go. After testing this unit for several months we're really excited to be able to bring this portable e-rig to our customers.  Pre-order the Dabble now and use the coupon code "DABBLE50" to take $50 off on your preorder! (This offer expires as soon as units begin to ship so jump on this amazing offer now!) 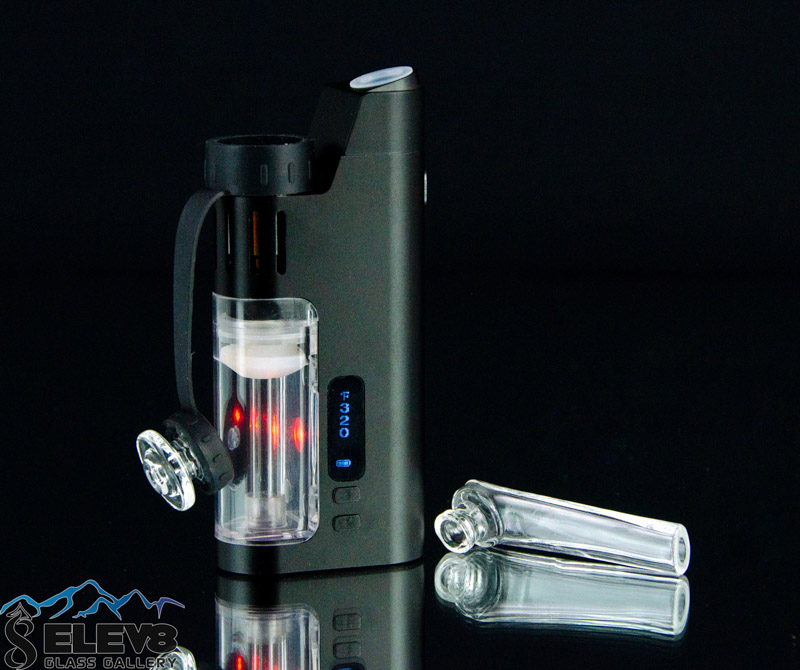