We talked to accomplished glass artist Charlene Foster about her career and her passion for glass, as well as the glass chains which have helped to make her a household name in the glassblowing industry. Charlene Foster grew up in Alaska and studied fine art and psychology at the University of Alaska Anchorage. Around that time she took a position at a glass studio in Anchorage, mostly doing assistant work and helping to sell pieces to shops. Charlene wasn't particularly enjoying the work but was fascinated by glass, so one of the blowers at the shop gave her pamphlets for several glass schools around the country. Charlene Foster applied to and was accepted at Pilchuck, Penland, and the Corning Glass Museum but she couldn't afford to attend all three, so she decided to travel to each school and see what they had to offer. 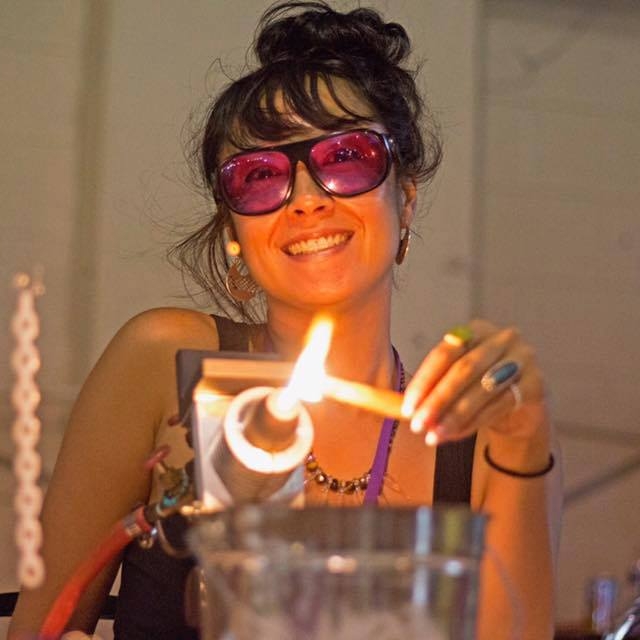 Using only a credit card, Charlene Foster traveled across the country to Pilchuck, Penland, and Corning, taking classes at all three schools and eventually deciding to focus her efforts at the Corning Glass Museum. Foster said that taking so many classes was huge benefit to her in the early part of her career. "Absolutely, yes. If I hadn’t taken the chances and went to all those schools, I would not be where I am now." Charlene, however, was still funding the trip with a credit card and needed to find a position where she could get paid for her work. Corning staff member William Gudenrath gave Charlene a number to call for a potential job offer at a hot shop run by Michael Davis. She didn't call Michael Davis right away though, until a chance meeting with Davis' nephew Zach who encouraged her to make the call. She did, and Michael Davis offered her a position at his shop for $10 an hour.  Michael Davis was making vessels for the Tiffany Company, and Charlene Foster cut her teeth making these finely crafted albeit simple vessels. 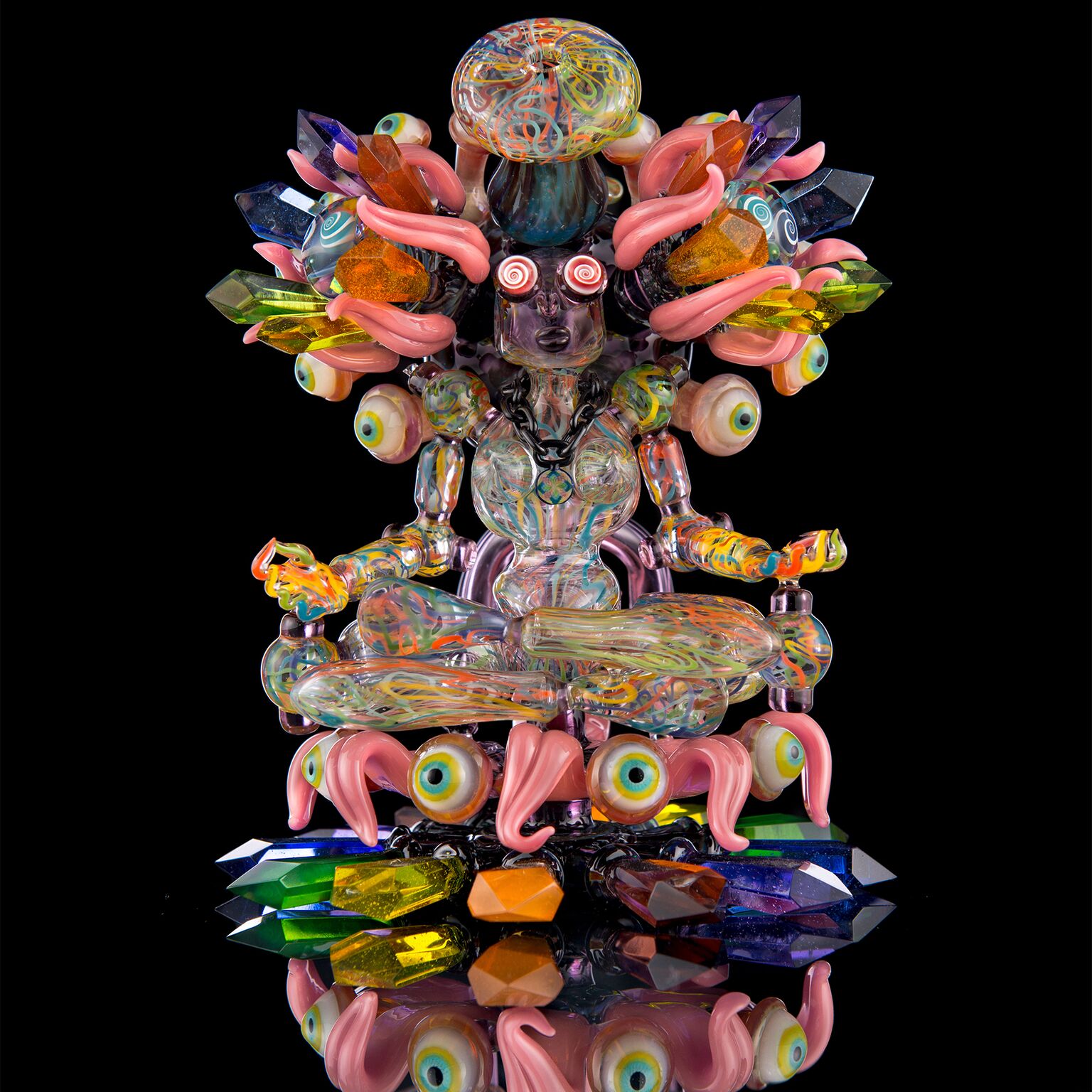 Charlene worked at a few other shops before striking it out on her own as an artist. She met a fellow artist with whom she formed a close friendship, and they rented a space which they outfitted as a glassblowing studio so that they could work together. Working in this early studio was rough, and Charlene was regularly hauling oxygen tanks up four flights of stairs, but eventually she got her own studio in Bushwick, New York and Charlene Foster began making moves and making a name for herself as a glass artist, finding a niche which she really started to explore around 2003-2004. 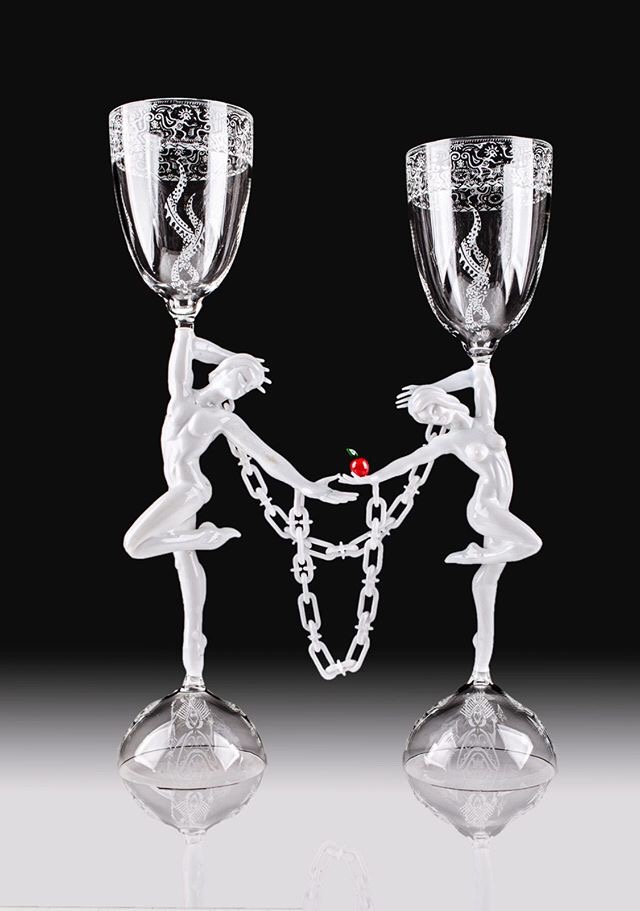 Charlene Foster is perhaps best known for her astonishing glass chains, and as her chains began to make waves in the glass art world requests started coming in from some high profile clients who wanted a Charlene Foster glass chain of their own. It started with an installation piece that she created for a gallery which was focused on the psychology of relationships. The chains were inspired by the Devil tarot card, which typically depicts a couple standing in front of a Devil with chains that loosely bind them together. The chains convince the couple that they are stuck, but in reality they can unbind themselves at any time. For Charlene and her piece the symbolism extended to the medium itself, with the glass representing the fragility of interpersonal relationships.

Charlene Foster branded her chains under the name "Cha Cha Chainz", and since that time she's become a powerhouse in the worlds of art glass and jewelry. She's collaborated with some of the biggest names in the glass industry like Robert Mickelsen (collab pictured above) and Salt Glass, and her work is unmistakable and precise. She often adds glass marias to every other link in her chains as a signature feature which was inspired by old nautical chains. You can check out more of Charlene Foster's incredible work over on the Cha Cha Chainz Instagram page. 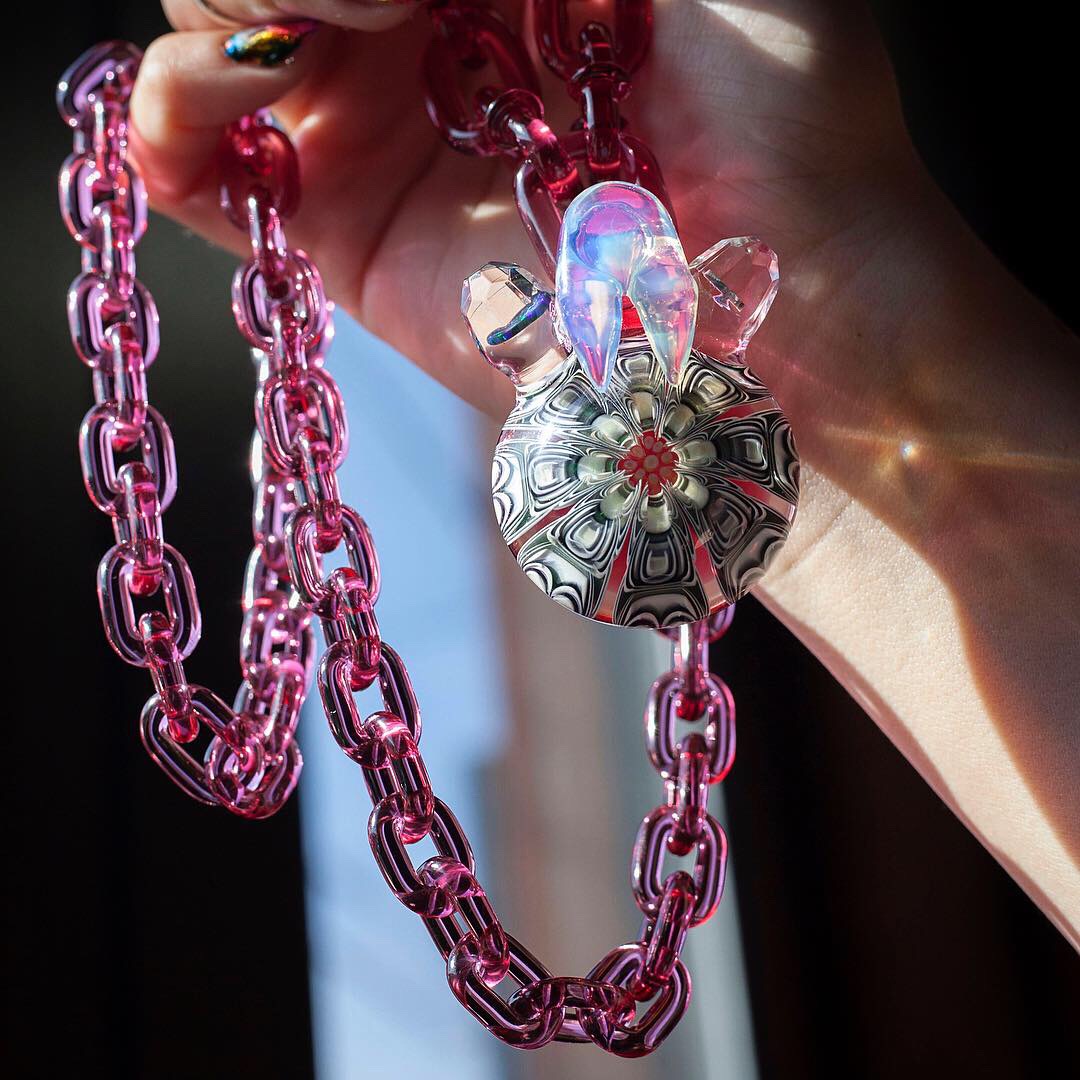 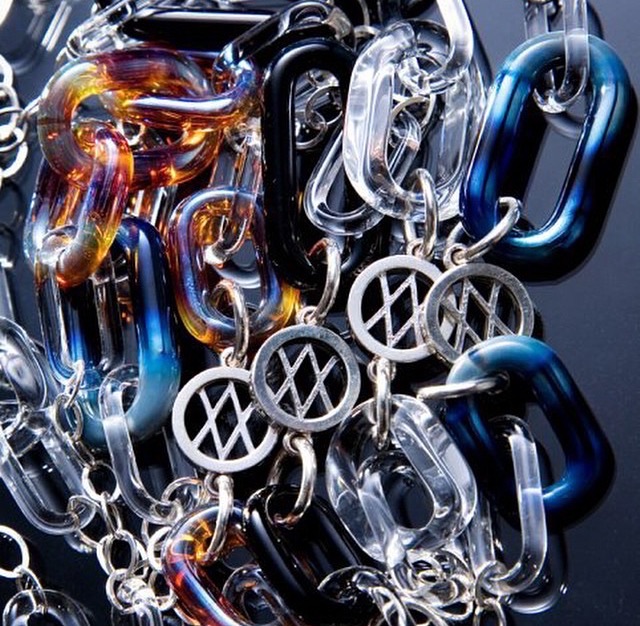 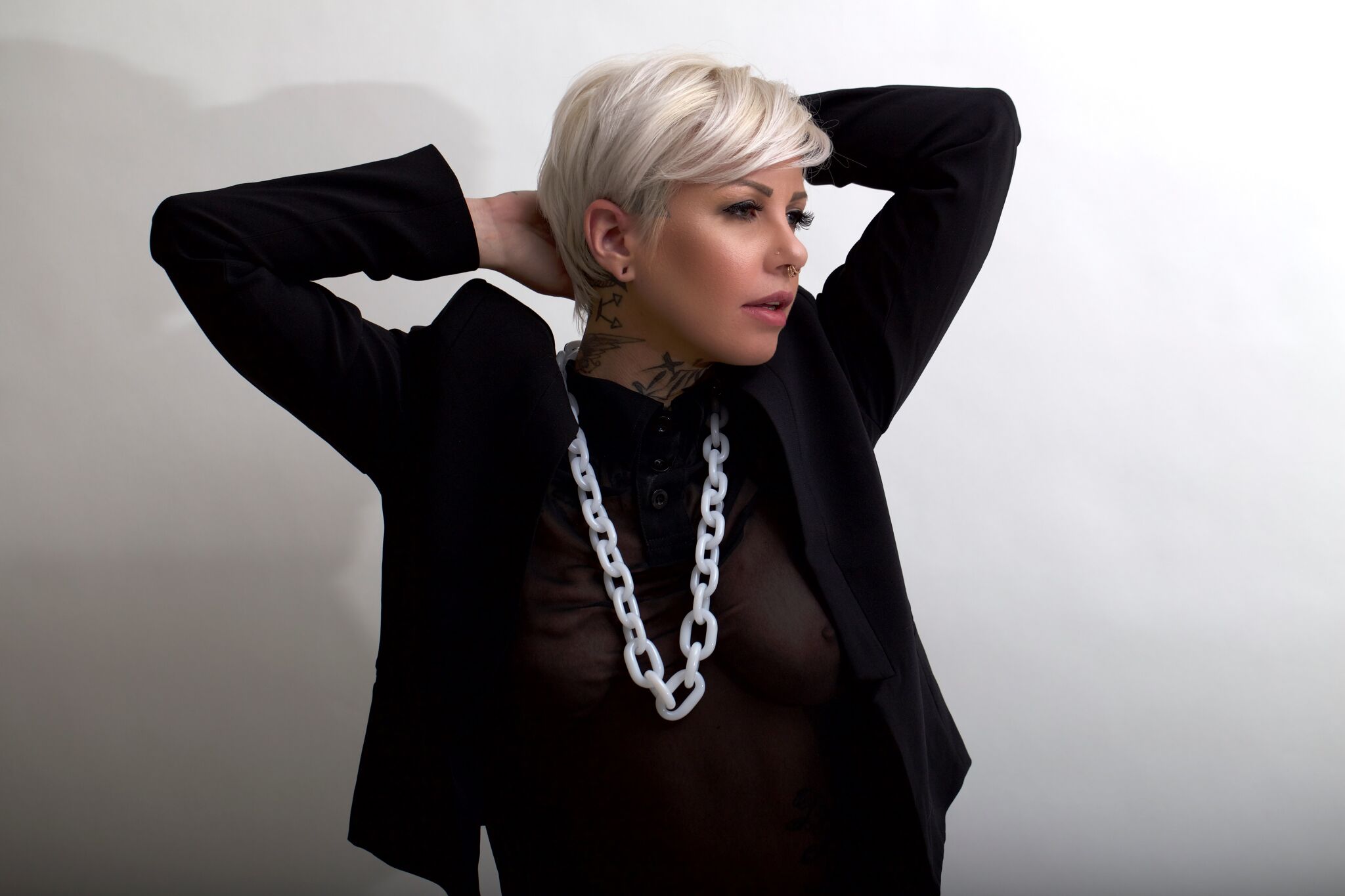 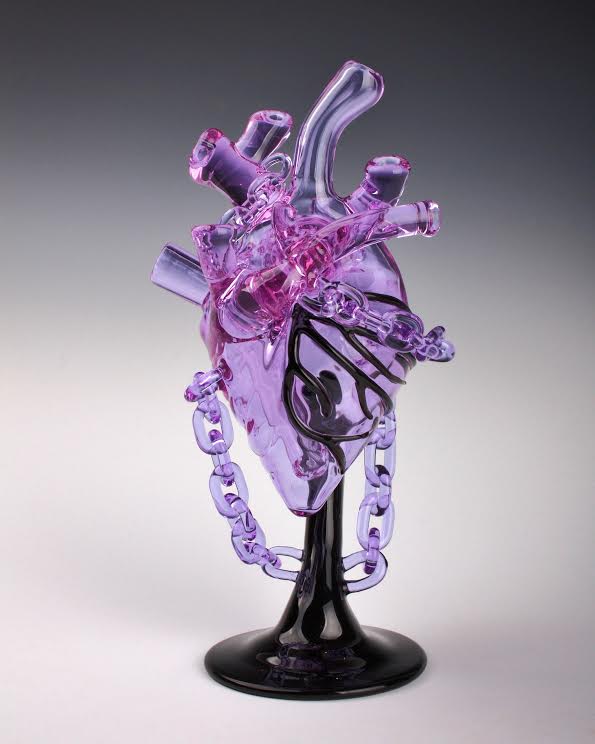 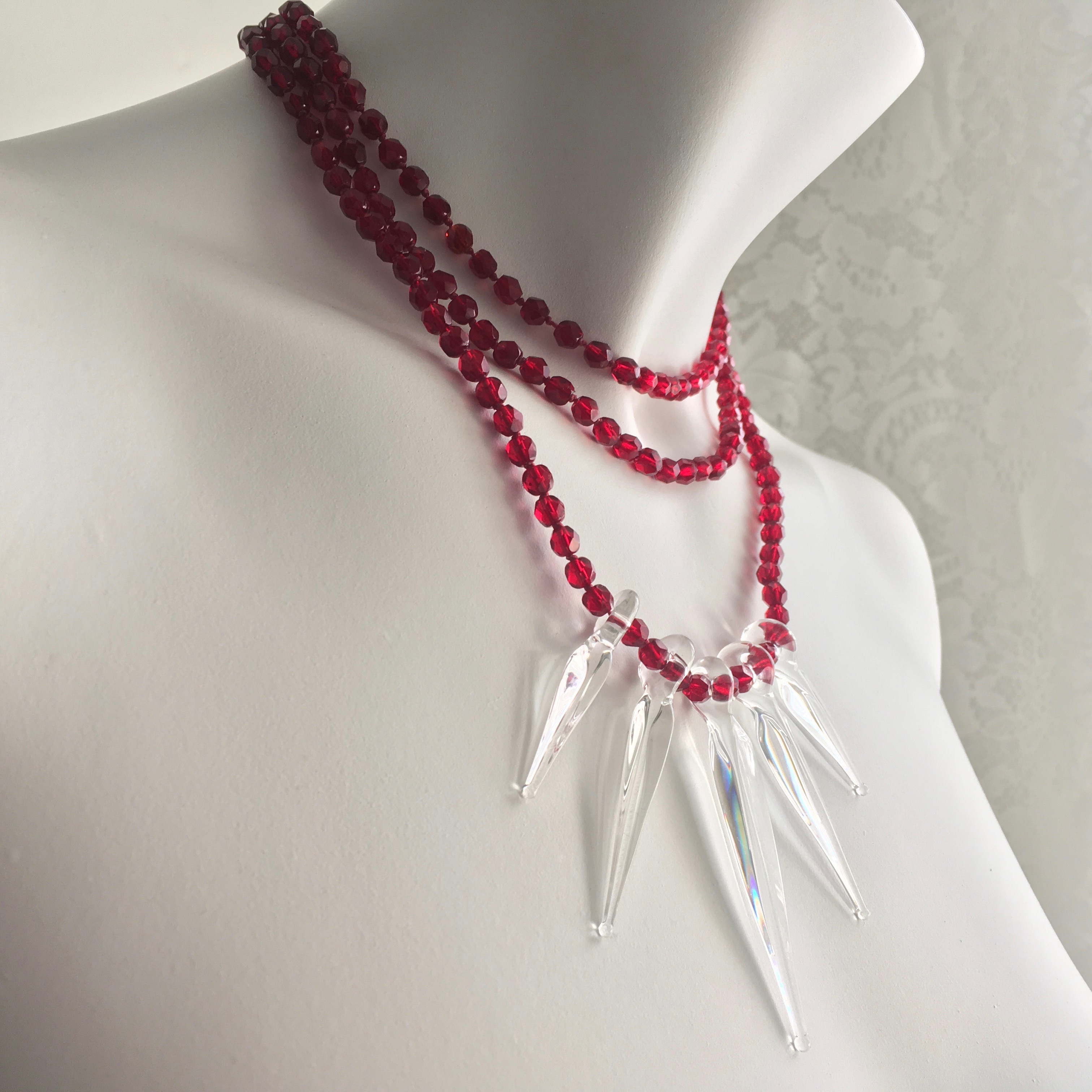 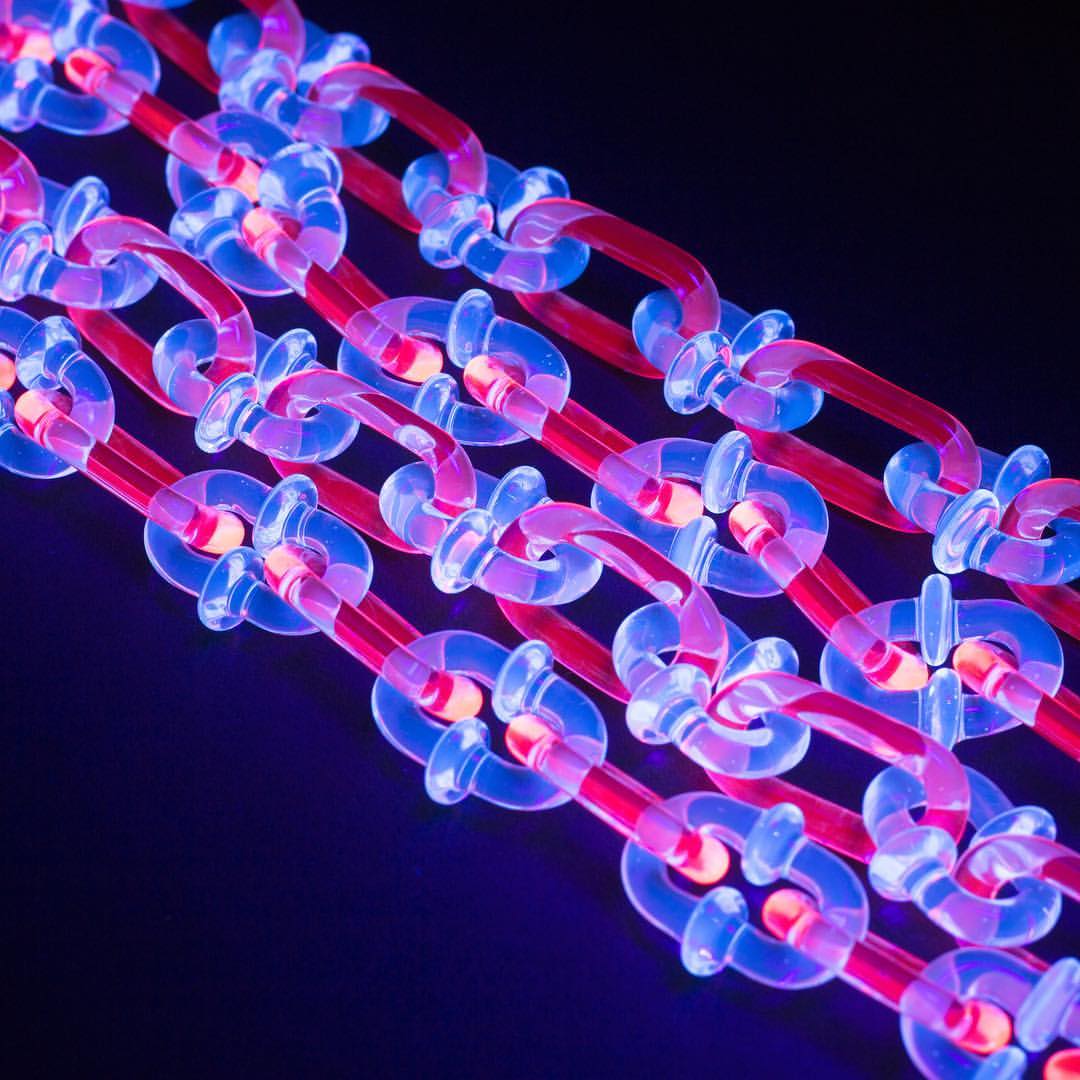 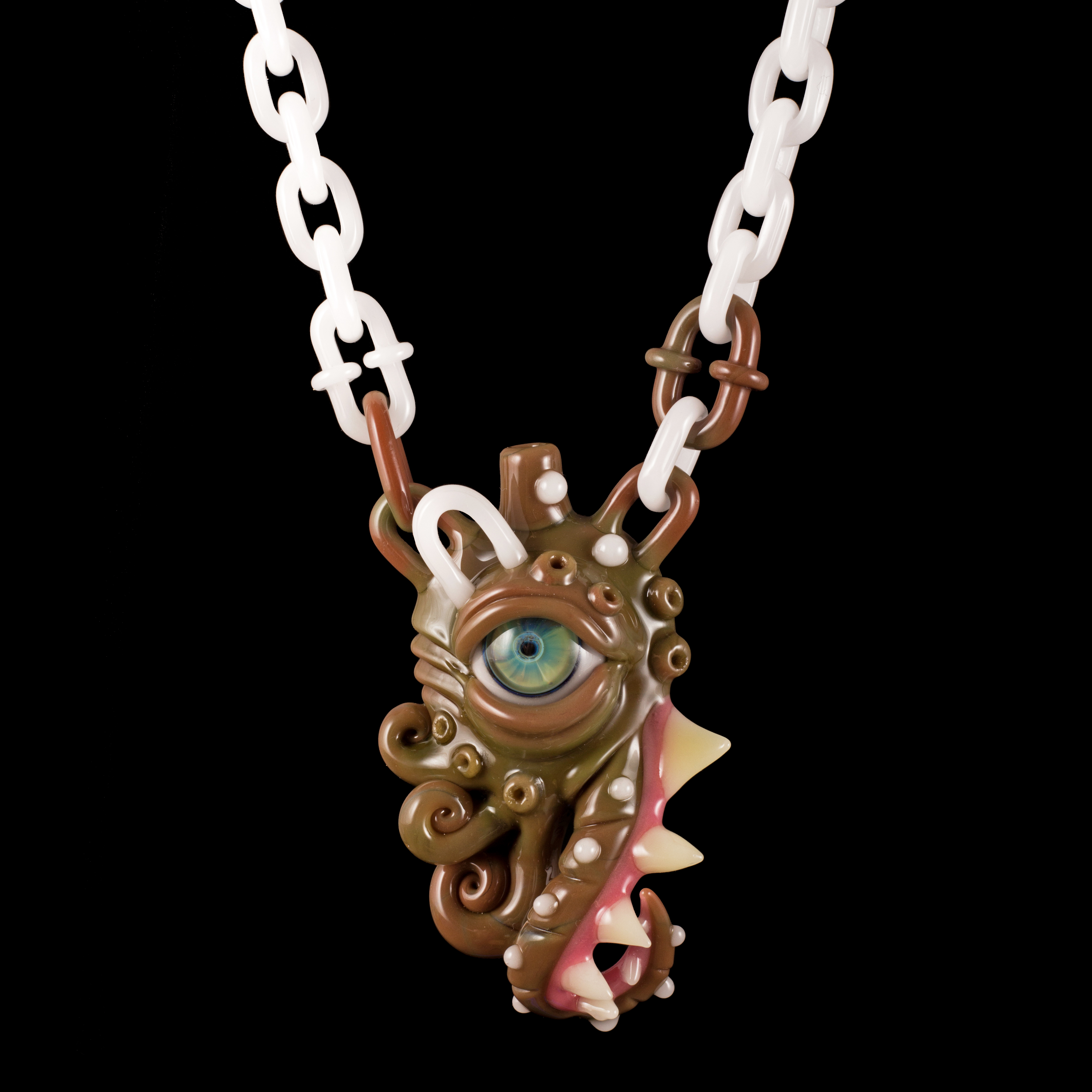