The original classic volcano vaporizer is known for the German engineering.  It has been designed to last many years if not a users lifetime when properly maintained.  The Volcano vaporizer can go a long time without a deep cleaning, just use your brush to keep it tidy.  The Volcano was given a unique shape by Storz & Bickel, hence its name. It features a solid plastic base with an aluminum body.

The vapor quality is good and clean as designed to be this way by Storz and Bickel.  The initial air is heated as it goes past the heater, then through a screen on top of the volcano.  The user then connects the Storz and Bickel Easy Valve or Solid Valve with bag to the Volcano top. The high temp and high quality bags of the Volcano vaporizer preserve the flavor and aroma of each vapor fill.  The bag also makes the volcano party ready as the bag is removed from the Volcano vaporizer when consumed.

The Volcano by Storz & Bickel are made in two variations.  The first is the classic and the second is called the digital.  Both vaporizers use the same amazing heating system. One vape is for traditionalists like the guys that still listen to records as a true connissure knows what they want.  The digital volcano vaporizer is for those who prefer to know what their vaporizer is set at. The Classic Volcano Vaporizer is more affordable than the digital version.

The Volcano vaporizer features high quality ballon bags that make it easy  to take low resistance hits, while also having the ability to pass the vapor bag easily.  The Storz & Bickel guys give you two vapor path options with the Volcano vaporizer. The first is the solid valve and the other is the easy valve.  The Easy Valve is a disposable valve attached to each balloon bag which is thrown out after the balloon bag is spent. The Solid Valve has a few more parts and requires more assembly, but lasts forever and saves you money in the long run. 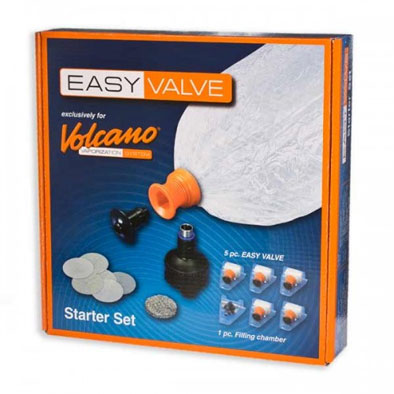 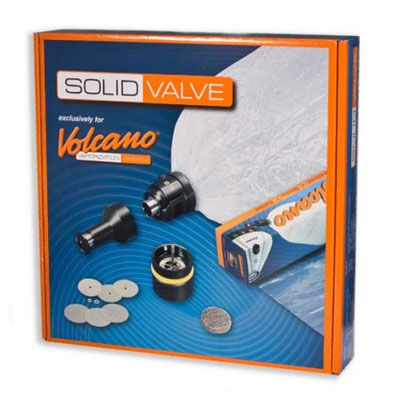 The Plenty vaporizer was the first go at a simi portable vaporizer for Storz & Bickel.  The Plenty delivers some smooth, potent can very tasty vapor. While the Plenty vape is still plugged in, it is very portable and light which makes moving it easy.

The Mighty vaporizer features one of the best batteries in the vaping industry utilizing 2 18650’s.  You can expect about 9 full sessions from a full charge, while other vapes may only give you 4-5. The Mighty vaporizer is charged via USB and also features pass through technology so you can charge and vape at the same time.  With the power of the 2 batteries the Storz & Bickel heats up to about 350 degrees in thirty seconds.

Both the Mighty and Crafty from Storz & Bickel feature the trademark convection heating.  The unit does use a mix of convection and a bit of conduction. The Mighty also features a larger cooling unit compared to the Crafty vape.  With the Mighty vaporizer you can choose any temperature by the degree ranging from 104 f to 410 f. This enables the user to find the perfect temperature for their dry herb or vaping style.

Storz & Bickel gave the crafty vaporizer a powerful heating system comprised of convection and conduction producing big clouds of flavorful smooth vapor.  The swivel mouthpiece acts as the cooling unit that cools the vapor to make a smooth hit. The Crafty can be filled all the way or half way and will still deliver great vapor hits.  The Crafty is easy for beginners as well as experience vapor enthusiasts.

The Crafty is super easy to control as Storz & Bickel made it work with their mobile app using bluetooth technology.  With the app you can set default temperatures, monitor battery life and turn on vibration notification. You can also adjust the brightness of the display and see how many hours of use the Crafty has given you.  WIth a single button you can toggle the temperature with all other functions controlled in the app.